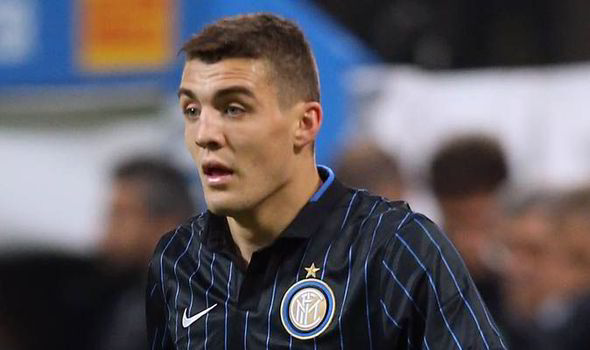 Everyone seems to be buzzing about Liverpool’s reported interest in Inter Milan midfielder Mateo Kovacic, but with the Reds maintaining radio silence and the Nerazzurri doing almost everything they can to shrug off speculation over the Croatian’s future at the club, there isn’t a whole lot to suggest that this particular deal will be completed anytime soon.

And, you know if the player himself gets a say in all this, he’s saying that he’d prefer to stay at the San Siro Stadium. “I’ve signed a contract until 2019 and I expect to remain at the club until then, but you never know in football,” he told Sky Sports Italia ahead of Croatia’s Euro 2016 qualifier with Italy later today. “I’m 100 per cent committed to Inter and want to stay at the club.”

That, of course, comes in spite of the Milanese clubs poor season. After finishing 8th in Serie A, the Italian giants will have no European football to offer potential recruits — something that Liverpool, who qualified through the Europa League at the end of their own dismal campaign, can hold over Roberto Mancini’s side. Reds boss Brendan Rodgers is expected to recruit heavily this summer and the talented playmaker is one of the players that has apparently caught the eye of the Northern Irishman.

Now, whether or not his mood will change in the coming months remains to be seen, but his national boss Niko Kovac wouldn’t be all too upset if the youngster left Inter — though he stopped short of speculating on whether or not he’s going to make a move this summer. “His future? I don’t know,” said the former Bayern Munich man when asked if he saw Kovavic moving on from the Nerazzurri in the coming months. “But if he went to play for another important club I would be happy for him.”