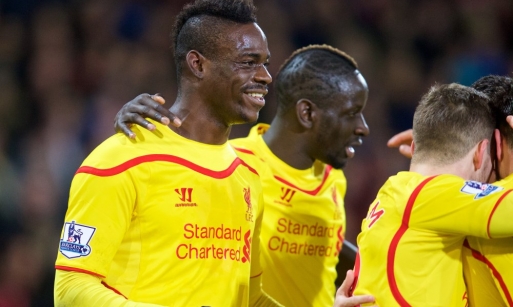 Sampdoria president Massimo Ferrero hasn’t made any secret of his desire to bring Liverpool striker Mario Balotelli back to Italy this summer, and if the outspoken Italian gets his way, the Reds could end up paying half of the controversial hit-mans wages just to get him off the books.

Balotelli has struggled both in front of the net and even to get into the squad on his return to England, netting just a single Premier League goal for the Anfield outfit as they plodded to a disappointing sixth place finish. While no one is saying publicly that the 24-year old has a foot out the door, he’s almost certain to leave Merseyside this summer as Liverpool boss Brendan Rodgers looks to reshape his attack with players that will actually work in his preferred system.

Just exactly who the Reds will bring in, and whether or not they’ll be anywhere near the quality that they need, remains to be seen, but it’s believed that they’ll either need to get clear of Balotelli’s massive wages or find a suitor willing to meet their £50mil valuation of contract rebel Raheem Sterling before the hunt starts in earnest. Besides a tentative loan offer from Greek side Olympiakos last January, the only interest that’s coming in for the troubled 24-year old is from his homeland — something that could interest him with Italian media outlet Corriere dello Sport reporting that he’d be open to a return back to Serie A.

While Inter Milan boss Roberto Mancini has done almost everything to distance himself from a reunion with a player he famously came to blows with during their time at Manchester City, Sampdoria are waiting with open arms, though there’s no question that his £4mil per year wages would be a problem for La Samp. Time for the Reds to go halfsies?

2 thoughts on “Sampdoria Would Want Reds to Pay Half of Mario Balotelli’s Wages?”