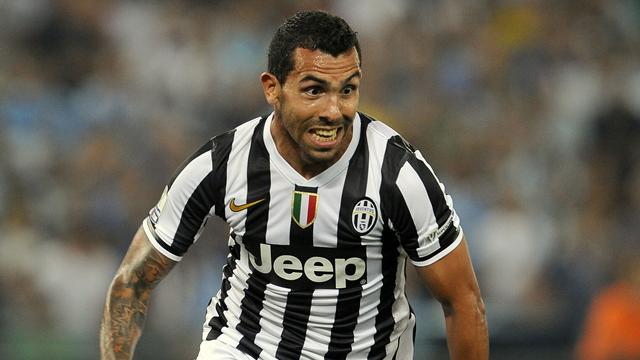 The transfer merry-go-round isn’t about to stop anytime soon so let’s slog through this one, shall we? Despite bringing in striker Danny Ings on a free transfer from Burnely FC earlier this month, Liverpool continue to be linked with a host of attacking options and the name of Juventus striker Carlos Tevez has been popping up with increasing regularity.

A target for Spanish side Atletico Madrid, the 31-year old Argentinian could be heading to La Liga if boss Diego Simeone has his way. “One always gets excited if you have players like Tevez. More than the goals he can score per season, he has football running through his veins,” he told sports daily AS. “It would be an ideal reinforcement considering the way we experience football at Atletico Madrid.”

After a stunning season in Serie A that saw the ex-Manchester United and Manchester City man pot 20-league goals in 32-outings for the Old Lady, there’s little doubt that the veteran hit-man has at least one more season at the top of the game left in him — that is, if he doesn’t decide to move to Argentina. Tevez has always said that he plans to end his career with South American powerhouses Boca Juniors and their president Daniel Angelici has admitted that talks have taken place with him over a potential move back to his homeland.

“I met Tevez and he wants to return, it is his biggest dream,” he was quoted as saying by Italian news outlet Calcio Mercato. “However, he must resolve the situation with Juventus. If Carlos and Juventus reach an agreement, Boca will do everything to have him here.” That being said, his agent Adrian Ruocco has thrown cold water on that suggestion by casting doubts on the Argentine club’s ability to meet his clients wage demands. “It’s all to play for, especially as we don’t know if Boca Juniors are even capable of paying his wages,” he told Tuttomercatoweb.

Considering what Liverpool usually offer players, it’s highly unlikely we’d be willing to do that either.