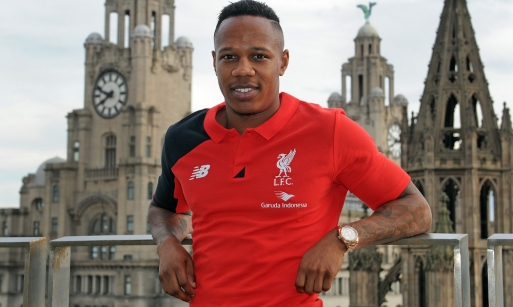 Regardless of what you may think of the trio of players that Liverpool brought in from Southampton last summer, there’s no disputing that they’re doing something right on the South Coast. Tipped to suffer immensely after the likes of Dejan Lovren, Adam Lallana and Rickie Lambert moved to Merseyside and highly rated fullback Luke Shaw upped stakes for Manchester United, the Saints did anything but that.

Finishing a mere two points off of the Reds and securing Europa League football, new boss Ronald Koeman, who replaced the White Hart Lane bound Mauricio Pochettino, deserved nothing but serious admiration for the way he fortified a team so shaken-up by departures. Now, with the transfer window officially open, the Anfield outfit has returned to St. Mary’s for yet another player with Nathaniel Clyne finalizing a move that could rise as high as £12.5mil in the coming years. This news, of course, will be met with a bit of apprehension from Kopites around the world.

There’s no question that the 24-year old is a prime prospect that is well suited to playing the kind of football we like to see at Anfield — we saw that last year when his give and go pass ended with him rifling a shot past Simon Mignolet on the first day of the season — but there’s just something about bringing in yet another Saint that I know makes more than just me uneasy despite the fact that he’s already making all the right noises.

“A lot of people have been telling me that there is a big fan base out there, so I am interested in seeing it for myself. I would like to play in front of them and put on a good show,” said the 24-year old in his first interview for the club when asked about the up-coming pre-season tour, before the questions changed gear and the focus shifted to the coming campaign and bettering previous results. “There is room for improvement and you can see with the signings that have been made, we’re pushing for it. If we get a good pre-season out of the way and start the season brightly, it’ll be looking good.”

Again, you can say what you will about the Southampton players we brought in last summer, but I can play a convincing Devil’s Advocate for each of them. Lallana, who after running through a disappointing World Cup campaign with England missed pre-season with a rather serious injury and was hampered with niggles throughout, is yet to show us just what he can do, Lambert was always going to be used sparingly as a Plan B to the far better suited but tremendously fragile Daniel Sturridge and Dejan Lovren — well, it’s hard to make an excuse for the Croatian defender except that in hindsight he’s only as good as the midfield sitting in front of him.

All three arrived with a glowing season only just past, but failed to make the grade, in their first seasons anyway, jumping to a bigger club; and now Clyne arrives at Anfield under the same eerily familiar circumstance. On the back of a fantastic campaign in the Saints backline that saw him make 35-league appearances, score a pair of goals, win just under half of tackles, come out on top in 60% of his take-ons and earn a well-deserved place in the England team, the 24-year old will now have to make the grade in front of the Kop.

“It’s a massive signing for us. I played with him for a couple of seasons at Southampton and since they signed him, he’s come on a lot,” his former skipper and once again team-mate Lallana told the club’s official website. “Last season he probably had his best season at Southampton, got an England call up and he’s been a regular in the squad ever since. To manage to persuade him to sign for Liverpool – as I’m sure there would have been other top clubs, and even European clubs interested in him – is a great coup for us.”

That, of course, remains to be seen. While the goal that he bagged against us on opening day last season was impressive to say the least, what some won’t remember is that Clyne was involved in two at the other end as well — ones that he would much rather forget. Unfortunately, we bared witness over and over again last year to what error prone, lackadaisical defending does to a side, and while the 24-year old still has a serious amount of both growing and learning to do, our woes at the back need solutions sooner rather than later. With Glen Johnson out the door, Jon Flanagan on the treatment table again and on-loan Atletico Madrid man Javier Manquillo looking wishy-washy at best, Liverpool needed a top class signing for the right-side, but you’d do well to argue that this isn’t another case of Liverpool buying potential over proven quality.

We’ve seen mixed results come out of that policy — time will tell on a number of their signings, and while there is absolutely no reason to judge him before he’s even kicked a ball, the modern football fan is a fickle one indeed. Clyne, like all new players arriving in a new set-up, will need time to adjust his game and acclimatize, but a slow start could see him tagged with the unfortunate stigma that’s being attached to players that ditch the South Coast for the North West.