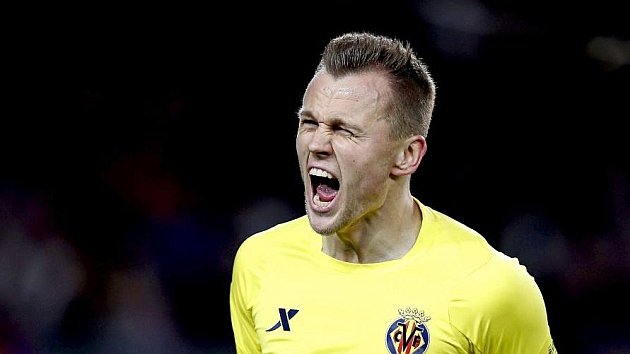 Tabloid transfer rumours are never all that reliable to begin with, but, in the very least, they all seem to take the same story and run with it to provide what looks to be a united front. With conflicting reports flooding in over the weekend, Real Madrid winger Denis Cheryshev looks to be the exception to the rule with Liverpool’s interest in him unclear for those of us without a loose-lipped club source.

The 24-year old, who spent last season on loan with La Liga side Villareal where he scored 4-goals in the league and provided an impressive 9-assists in 26-appearances, is reportedly surplus to requirements at the Santiago Bernabéu. While the Yellow Submarine and rumoured to be angling for another season with the Russian attacker, he’s also apparently been the subject of a big money bid from the Anfield outfit. Or has he?

While media outlets like the Mirror are saying that the Reds have submitted a bid of £22mil to Los Blancos for his services, the sometimes, kinda, sorta more reliable Liverpool ECHO have taken an entirely different view of the matter by writing that not only has a move not been made, but one is unlikely to be forthcoming with the Reds reportedly having no interest in bringing Cheryshev to Anfield anytime soon.

Confused? You’re not the only one. While we await official confirmation of Raheem Sterling’s move to Manchester City after the club accepted an enormous bid of £49mil for the 20-year old, the small matter of just who will replace him in the Liverpool line-up has been a hot subject of debate. While a number of pundits and former players believe that they already have the perfect replacement in up and coming attacker Jordon Ibe, there are suggestions that the Reds will move for someone who is far closer to the finished product with Cheryshev being joined by the likes of Barcelona man Pedro Rodriguez and dream signing Marco Reus — who only just signed a new contract with Borussia Dortmund — in the rumour mill.