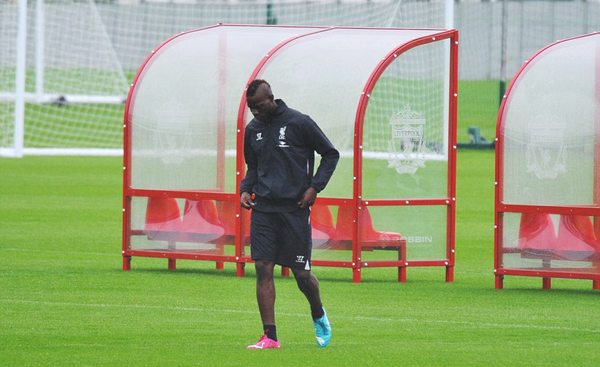 There’s been no shortage of rumours surrounding Liverpool striker Mario Balotelli this summer, but the news that former club AC Milan are interested in bringing the 25-year old back to the San Siro Stadium almost one year to the date that they sold him to the Reds is a real head scratcher.

A few months after he made his way out the door, Rossoneri owner Silvio Berlusconi took a swipe at the the controversial hit-man, calling him a “rotten apple” and saying that the side were better off without him. That, of course, is highly debatable as he watched the 7-time Champions League winners plod to a uncharacteristic 10th place finish without Balotelli, and though that’s not to say that he would have helped matters, new boss Sinisa Mihajlovic has been charged with fixing their problems in front of the net and will reportedly look to bring their former charge in on loan to do just that.

After scoring only a single Premier League goal last season, it’s safe to say that the Reds striker may not be the best bet to put them back amongst the goals, but the Serbian manager has experience working with Balotelli during his time with cross-town rivals Inter Milan so he knows that the 25-year old can be both brilliant and impossibly frustrating at the same time — a risk he’s reportedly ready to take.

To be fair though, it wouldn’t be all that much of a gamble for Milan with the Italian side looking to not only take him off of Liverpool’s hands on a temporary basis, but they could also ask them to fork over a portion of his wages as well. Outside of European competition after their poor season, the Rossoneri aren’t generating the kind of money that they’re used to and could very well struggle to pay Balotelli’s wages.