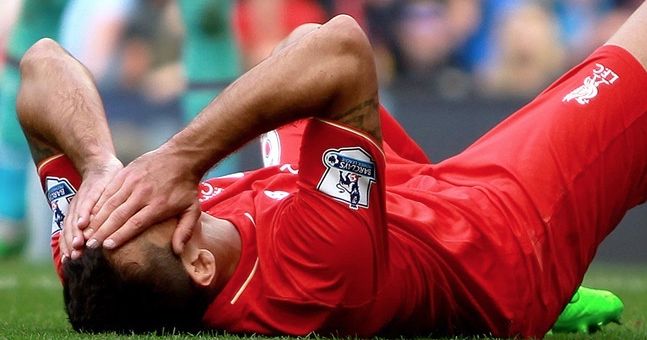 After keeping three clean sheets on the hop, the kind of niggling individual errors that put an indelible blemish on the last campaign popped back up in Liverpool’s game against West Ham United on Saturday with Dejan Lovren’s poor attempt to play the ball out from his own byline coming in for a particularly harsh reaction from the Reds faithful.

“For the first minute after the second goal I wanted to go under the table, ­somewhere! What can I do?” said the Croatian defender following the final whistle. “In these moments you have to keep your head up and to play the rest of the game. I tried everything but what can I say? It was a s**t decision and mistakes happen,” continued the embattled 26-year old. “I need time to have a full pre-season with my team and this is an important thing for me. But, like I said, mistakes happen. We need to keep our heads up in a tough moment. The other clubs are losing at home too.”

Following the match, Lovren was forced to close his Instagram account after being hit with a wave of abuse and death threats from people purporting to be Liverpool fans — something that is completely and utterly unacceptable on a number of different levels. As the Reds look to regroup for their trip to Old Trafford following the international break, the Croatian defender has gained some support from an unlikely source with West Ham United boss and compatriot Slaven Bilic pointing out that his mistake was not the only one made by the Anfield outfit on Saturday.

“If you are telling me Liverpool lost because of Dejan Lovren then no, no, no, no, no,” said the bemused Hammers boss. “It was a mistake but a lot of Liverpool players made mistakes,” he continued, before giving himself a well deserved pat on the back. “I can organise. I’m not modest. I know I can organise a team with my staff. This game was perfect for [Diafra] Sakho. He slaughtered them with his pace and the amount of running he did. And he didn’t have space to breathe.”