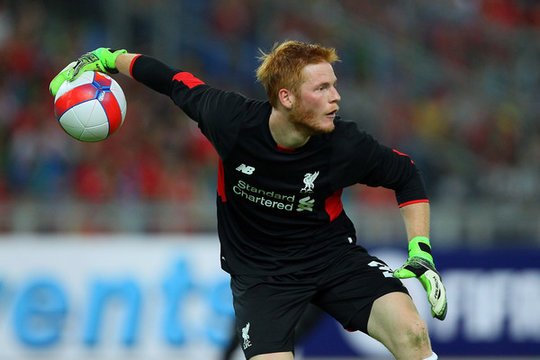 Under fire Liverpool boss Brendan Rodgers is reportedly set to shake-up his ailing squad when the Reds travel to France on Thursday to kick-off their Europa League campaign against Ligue One side FC Bordeaux.

There were already rumours floating around that Christian Benteke, who has had some fitness issues as of late, will almost certainly be left back on Merseyside as the Northern Irishman keeps an eye firmly on Sunday’s clash with Norwich City. Although he’s set to recall Philippe Coutinho following his suspension and ease Adam Lallana back into action after a month out with a thigh problem, Rodgers may give first choice ‘keeper Simon Mignolet the night off and hand a competitive début to new boy Adam Bogdan — something the former Bolton goalie says he’s itching to do.

“Yeah, I’ll be ready whenever I’m asked to play. We’ve been working hard these last few weeks,” said the Hungarian shot-stopper. “I’m gaining confidence from that and looking forward to playing my first competitive game,” he continued. “I played in the pre-season, in Bangkok and also in Malaysia, so I’ve had a feel for it. It was unbelievable the whole feeling, so I know what I can expect when the real games come,” explained Bogdan before adding, “But again I’m just working hard to get the opportunity first of all and then when I get it, hopefully it will go well.”

While there is nothing to suggest that Mignolet has been dropped based on his current form, the fact that the Reds have conceded six goals over their past two matches after keeping clean sheets in their first three outings is certainly something that gives pause. The Belgian ‘keeper reportedly won’t be the only member of the Liverpool defence to be given a break against Bordeaux with Mamadou Sakho also reportedly set to make his first appearance of the year after rumours over the summer linked the Frenchman with a possible move away from Anfield in search of regular first team action.