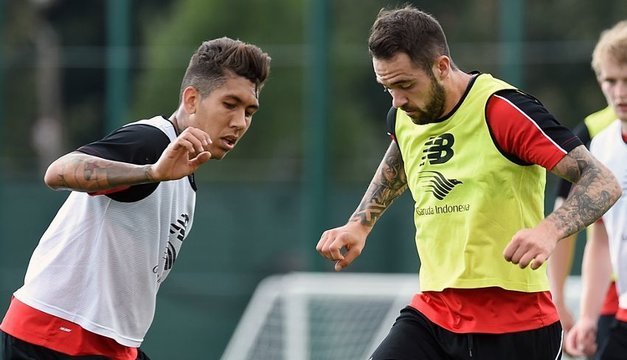 With 26-goals between these two sides in only their last five Premier League meetings, when Liverpool square up to Norwich City it’s a much watch fixture — you just never know what you might see over the course of the 90-minutes.

Well, I suppose that’s not entirely true; with the Reds claiming an impressive 21 of those goals, they remain unbeaten in their last 10-meetings with the Canaries, but if there was a time when Alex Neil’s side could buck that trend, it’s now. Coming off back to back defeats league defeats and conceding six goals over the course of 180-minutes, it’s safe to say that this isn’t the same Liverpool side that spanked Norwich 5-1 in front of a baying Kop.

With that being said, Canaries ‘keeper John Ruddy may actually enjoy this trip to Anfield. Only Newcastle United have scored less than the Reds tally of three goals thus far this season — a major problem that boss Brendan Rodgers could soon have a solution for. Although he’s not expected to feature from the start even if he’s declared fit enough to feature, star striker Daniel Sturridge could play some part after returning to full training earlier in the week.

While he’s sure to have a fair amount of rust to shake off, after being rested for the Europa League draw with French side Bordeaux, his future partner Christian Benteke, who’s found the net twice thus far this season, will be ready to roll and is almost certain to return to the starting eleven alongside the Brazilian pair of Philippe Coutinho, who served out his one match suspension in the loss to Manchester United, and Roberto Firmino, who also sat out the trip across the channel. Club captain Jordan Henderson, who has been missing since last month, could also return having visited a foot specialist in America earlier in the week before returning to full training with the Reds.

While Liverpool look for ways to up their output, Norwich boss Alex Neil will travel to Merseyside with the enviable position of having seen his side score five more goals than the opposition — something he’s probably not used to. With that in mind, the Scotsman has his side playing with pace and purpose and that was on display last weekend when they downed fellow top-flight new-boys AFC Bournemouth 3-1 at Carrow Road. Wes Hoolahan, who goes in to the weekend with a league leading four assists, set up Cameron Jerome for his first goal of the season and added one himself before Matt Jarvis made it three with just over 20-minutes left to play.

Travelling to Merseyside with a positive attitude could make all the difference for Norwich and if they can snag an early goal, heads could quickly drop in the Liverpool ranks. Preventing that will be priority number one for Rodgers who could very well mix things up at the back with Mamadou Sakho putting in an impressive displaying in the draw with Bordeaux. The Frenchman signed a new five year deal yesterday and could very well edge out either Martin Skrtel or Dejan Lovren out of the starting eleven as the Northern Irishman looks to plug up the holes at the back.

It’s a familiar story and one that I’m getting tired of telling over again; on the back of two losses, the Reds need to rediscover the steel at the back that kept them unbeaten for their first three matches of the season. A showdown with Norwich, quickly followed by a meeting with Aston Villa, is as good a place as any to start — ’cause if Rodgers can’t find a solution against those two teams, he’s probably not going to.