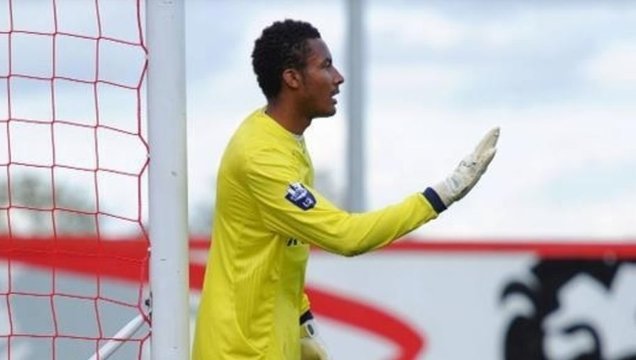 Usually we do loan updates when one of our players has a blinder or gets injured, but Reds ‘keeper Lawrence Vigouroux elicited one of a completely different nature when his time at Swindon Town was cut short when he paid a £50 fine for turning up late for training with pennies.

Although boss Mark Cooper admitted that the cheeky move was a great bit of banter, for a young player only just getting his feet wet in the professional game, it’s a completely unacceptable and borderline insubordinate move. While it looked like the Anfield outfit was going to have go looking for a new club willing to take the young shot-stopper in, he’s on his way back to the County Ground after apologizing for his actions.

“Lawrence is going to come back. He is very humble and very apologetic. He knows the way he behaved was wrong and he has been in the changing room after the game and apologised to the players,” said Cooper. “He asked them if they wanted him back and they all said yes. Lawrence is an exceptional young goalkeeper and it’s important he learns from this little mishap and it will benefit his career going forward,” continued the Robins manager. “It did happen and I thought it was brilliant banter, but in the context it was the wrong way to go about it. We are giving him a second chance and I’m sure he will be grateful.”

Liverpool, of course, will be as well; Vigouroux is highly rated on Merseyside and the Reds will be keen to keep both his development and his attitude on track going forward. The 21-year old has made 9-appearances so far for Swindon this year with varying results as the Robins sit 14th in the League One table. Experience is exactly what he needs at this stage in his career, but if football doesn’t work out for him, maybe he can be a bank teller. He’s already pretty good at counting coins…