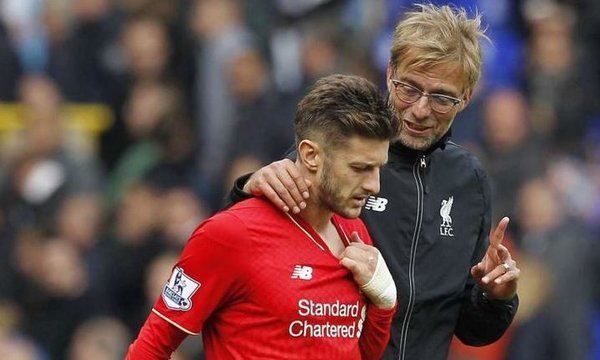 The appointment of Jurgen Klopp as new Liverpool manager may have the Kop rocking again, but the Reds continue to struggle in front of the net with back to back draws in the German’s first two matches in charge confirmation that turning the tide at Anfield will be a slow process.

“It was never going to just change overnight. Maybe the reaction to him coming in was a bit over the top but he’s a great manager who has had great success,” said Adam Lallana after sharing the spoils with Rubin Kazan in the Europa League. “He’s asking people to do different things to what they were used to so it will take a bit of time. I think in his first two games you have seen glimpses and moments of the style he wants to play,” he continued, before adding, “It’s not going to happen overnight, but I’m very confident we’re going to succeed under him. The fans here demand success here and we want to give them that.”

Playing with an extra man for over 50-minutes, Liverpool just couldn’t find the go-ahead goal after Emre Can cancelled out Marko Devic’s well taken effort ten minutes before the break. Registering an impressive 35-shots on net as they battered their visitors during a second half siege, but they could only put a dismal 25% of those shots on target.

“We’re disappointed we didn’t take the three points. We created a lot of chances but the ratio of shots on target to off target wasn’t high enough and that probably explains why we couldn’t get the second goal,” conceded the 27-year old. “Parts of the performance were bright and encouraging as we got into good areas. We need a bit more ruthlessness from everyone. Everyone is warming to the manager and how he wants to play,” explained Lallana. “There’s lots of hard work and lots of yards to put in to get to where we want to be. Jurgen has made it clear that he demands 100 per cent. He wants us to win the ball back as soon as it’s given away. Going forward, it’s going to improve.”