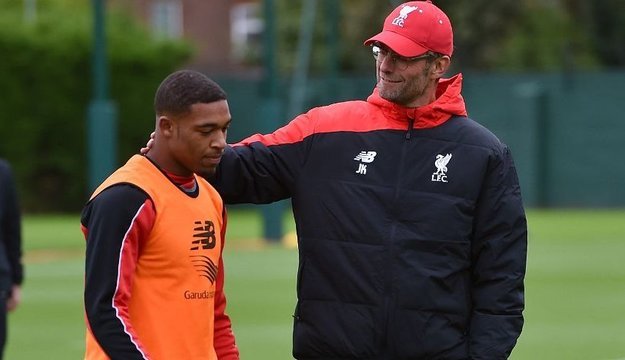 Liverpool boss Jurgen Klopp may still be looking for his first win since taking over at Anfield, but the Germans honeymoon period with the Kop doesn’t appear to be waning at all, even after his side narrowly missed out on securing all three-points against Southampton at the weekend.

Saido Mane’s equalizer isn’t something that the Reds faithful are going to dwell on for any extended period of time with the League Cup meeting with AFC Bournemouth on tomorrow exactly the kind of thing that will quickly get the mind off of unnecessarily dropped points — well, that is, if Klopp guides us through to the next round. It’d be nice to head to London with a win in the bag…

If the Europa League is the unwanted offspring of the Champions League, then the League Cup is very much the red-headed step-child of the FA Cup. That being said, at risk of repeating myself one too many times, Liverpool is all about winning trophies and off-brand silverware or not, I want it; and so does the boss.

“We have to change the team a little bit. At this moment I don’t know how many changes we will make,” explained the German in his pre-match interview. “I will make the changes not because this tournament isn’t important for me – that is important for me to say. When I make changes, it is because I want to win the game – that’s the only reason for this. It is always because we believe we can win with that team and we always do what we believe we have to do in that moment,” stressed Klopp. “With this game, Bournemouth, I will play for the first time in this cup and it is very important – a very, very important game – but I know we have had three games in the last eight or nine days in the legs, so we have to change.”

And so he steps out onto the tight-rope; when you’ve got high profile injuries to contend with, a flagging league campaign and a massive match against Chelsea at the weekend, you have no choice but to do the balancing act and hope you don’t tip over one way or the other.

James Milner, who picked up his fifth yellow card of the campaign on Sunday, will be a forced absence for Liverpool as he serves a one match ban. Emre Can, Philippe Coutinho, Mamadou Sakho, Simon Mignolet and Christian Benteke, despite scoring against the Saints at the weekend, could all be rested ahead of the trip to Stamford Bridge. Jordon Ibe, Cameron Brannagan, Joe Allen, Kolo Toure and Adam Bogdan are all expected to come in to the starting eleven as the manager rings the changes.

Which, to be fair, doesn’t sound so bad — Bournemouth boss Eddie Howe would love to be able to bring those players into his team. While we still have to make due without the likes of Daniel Sturridge and Jordan Henderson, the Cherries have a real injury crisis on their hands. Club captain Tommy Elphick, who will be out for another eight weeks after undergoing ankle surgery, is the least of their worries with Tyrone Mings and Max Gradel out for the remainder of the season and top goalscorer Callum Wilson not expected back until April.

“It is a tough division and we were well aware of what we were going into,” said Howe. “The euphoria at the end of last season was well justified but, on the back of that, came an incredible challenge and one that will probably be the hardest of my management time here — to try to build a team that can be competitive at this level,” he explained. “It has been difficult at times to try to find the right balance as we look to take the team forward. My biggest challenge now is to try to rediscover the balance with different personnel.”

That’s easier said than done with the Cherries conceding ten goals in their last two matches. Spanked by Manchester City one weekend and smacked around by Tottenham Hotspur the next, confidence is no doubt ebbing kind of low in the dressing room right now. Cherries ‘keeper Artur Boruc, who was at fault for more than his fair share of those goals, is expected to start at Anfield tomorrow and Howe will be hoping that the Polish shot-stopper can get his head together. Unable to make significant changes to his squad, the young boss will have to rely on the likes of Glenn Murray and Matt Ritchie, who provided their only goals in their last two outings, to find the net on Merseyside and just hope that Sylvain Distin and company can keep their hosts at bay.

For the rest of us, we’ll be hoping for the exactly the opposite. With Chelsea there for the taking with their recent, bizarre problems going from bad to worse, I can’t think of a better way to warm up for a trip to the defending Premier League champions than to heap a more misery on Bournemouth. There’s no better way to get the confidence up and get a team believing again than a good, old fashioned rout in the Cup.