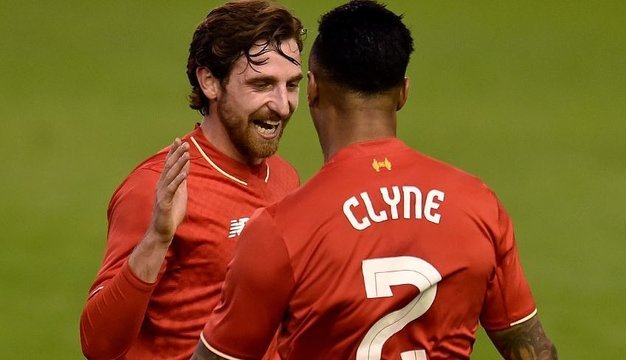 Jurgen Klopp finally secured his first win as Liverpool manager at the fourth time of asking, narrowly slipping past newly promoted AFC Bournemouth to navigate the Reds into the quarter-finals of the League Cup for a third season on the hop.

Naming a vastly changed side from the one that drew with Southampton at the weekend, the German handed starts to a number of youth team and fringe players with an eye very much on the meeting with an ailing Chelsea side at Stamford Bridge on Saturday. Adam Bogdan, the hero of the last round, had to be alert early on to keep out Junior Stanislas’s close range effort before Nathaniel Clyne found the net for the first time since his summer move from the South coast, slamming home after Joao Carlos Teixeira’s cheeky back-heel was cleared off the line and into his path.

The fullbacks goal, which came just before 20-minutes had been played, was hardly the last bit of action at either end of the pitch, but chances came few and far between for both sides in a match that was short on quality. That being said, the result will be more than enough for Liverpool supporters desperate to see their club get back to winning ways — and ahead of a showdown with the defending Premier League champions, it couldn’t have come at a better time.

With that in mind, Klopp made good on his pre-match promise to rotate the squad, handing fullback Connor Randall his debut while giving Joao Carlos Teixeira and Cameron Brannagan the chance to show just what they’re capable of when handed a chance on the big stage. While that trio didn’t disappoint, it was two of the more senior players that really stood out during the 90-minutes with Roberto Firmino, very much involved in the build-up to Clyne’s goal, and Jordon Ibe, who looks to have regained a measure of confidence since a poor start to the season, really putting the Cherries back-line under constant pressure.

Eddie Howe, who has seen his side concede ten goals in their last two outings, may be disappointed with the result, but he can take heart that his side didn’t make things easy for their hosts and, to be fair, were unlucky not to draw level on a number of occasions. Stanislas, the main threat throughout, saw two more efforts well saved by Bogdan as the shot-stopper kept out both a header and a whistling free-kick from the 25-year old. Shaun MacDonald and Matt Richie would also test the Hungarian before the final whistle, but the former Bolton ‘keeper would stand firm — and thankfully he did since we weren’t making things easy at the other end of the pitch.

That, of course, is a topic for another day; a slot in the quarter-finals of a Cup competition that we could very well go on and win is more than enough for me. That we did it by getting a glimpse of some up and comers and by giving Firmino — who was unlucky not to bag a goal himself — a chance to regain some fitness is a plus in and of itself. It might have been a little close for comfort at times, but like Klopp would say, that’s just football…

One thought on “Liverpool (1) AFC Bournemouth (0): Close Shave as Reds Progress to Quarter-Finals”