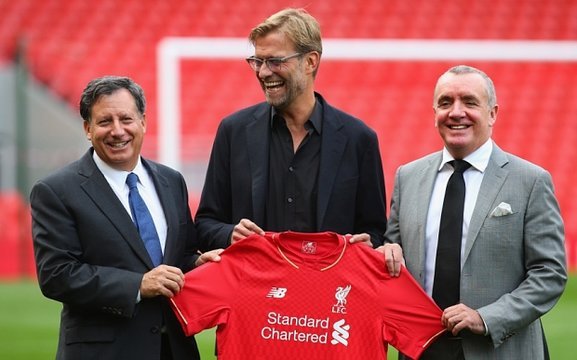 When Liverpool boss Jurgen Klopp succeeded Brendan Rodgers at Anfield, the inevitable topic of the Reds much discussed “transfer comittee” was broached almost immediately with chief executive Ian Ayre confirming that the German will be handed full control of transfer dealings — the exact same deal the Northern Irishman had.

“Brendan had the final say on all the players we signed,” said Ayre at the Web Summit in Dublin, Ireland. “There’s only one person that has the final say over what players at Liverpool Football Club and that’s Jürgen Klopp right now. That’s always been the case for as long as I’ve been here,” he explained. “The words ‘transfer committee’, I think, got used once and became this idea that we all sit round a table and have a vote on every player we sign. That couldn’t be further from the truth.”

Rodgers might beg to differ; one his favourite deflection tactics was to insinuate in interviews that some of the players at his disposal were thrust upon him rather than chosen by him with divisive striker Mario Balotelli being a prime example. While that may have worked a peach with the media narrative depicting a situation when the manager is only one part of a larger group that decides who the club will bring in, Ayre has insisted all along that’s not the case at all.

“The point that has been made about the committee, and I don’t think we did anything any different to most football clubs, is that the manager will say we are looking for somebody in this position and a bunch of people – a mix of traditional scouts and more recently analytical and digital-based information – bring all of that together as was always the case,” explained the Reds chief executive. “Then we look at two, three, four players, the best players for that position, show them to the manager and the manager can go watch or have the scouts go watch those players and narrow it down. At that point I’ll become more involved and start talking to clubs, agents, players on a negotiations basis and then the manager will choose,” he said, outlining the processing. “The committee, and we don’t think of it as a committee, just the media do, is really a collaboration of all those people that all contribute to let the manager make that decision, and I think that’s very smart.”