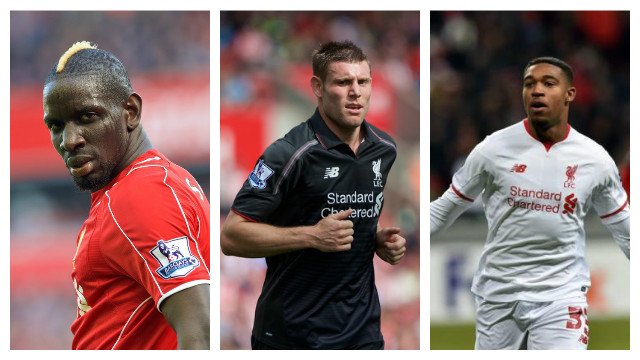 Although the scan that Liverpool defender Mamadou Sakho had on his knee came back better than expected, the Reds will still be without the towering French defender for two months leaving boss Jurgen Klopp with only three fit senior central defenders as the Anfield outfit approach the busiest time of the season.

It was initially feared that the 25-year old had suffered ACL damage after limping out of Liverpool’s 2-1 reversal at the hands of Crystal Palace on Sunday, but after having a scan on Monday, he was given the all clear. While that’s good news in and of itself, the hard man is set to not only miss France’s friendlies with England and Germany as he recovers, but 12-matches for the Reds — including the remainder of their Europa League commitments as well as the League Cup tie with Southampton — as he spends the next two months getting reacquainted with the Melwood medical team.

Liverpool vice-captain James Milner, who missed out on the loss to the Eagles with a hamstring problem, has also pulled out of international duty as he looks to get himself fit before the meeting with former club Manchester City in just under a fortnight. Set to miss prestige outings against France and Spain, the 29-year old is expected to shake off the pesky problem in time to make the squad that runs out at the Etihad Stadium and he could very well be partnering captain Jordan Henderson as the Reds skipper looks to return to action for the first time since the end of August.

Another player who won’t be travelling over the international break is Jordon Ibe with the Reds attacker expected to blag-off England U-21 duty to let his swollen knee — a knock picked up in the closing stages against Crystal Palace. Much like Sakho, a scan revealed the problem was nothing more than bruising, though it will take time for the 19-year old to recover. Thankfully, he won’t be sidelined even close to as long as the French defender and should be available for selection for the meeting with the Citizens.