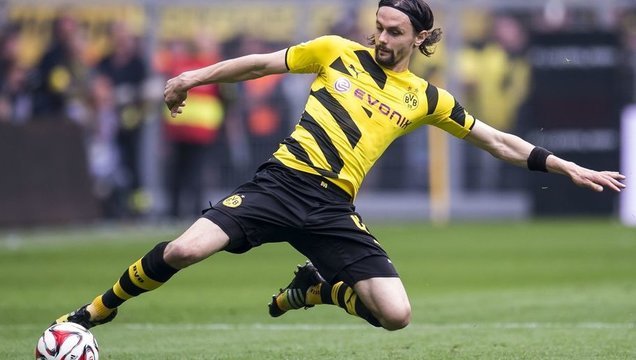 Although he made it into the side for Borussia Dortmund’s win over Wolfsburg at the weekend, the future of defender Neven Subotic remains up in the air with the 26-year old reiterating his desire to see more time on the pitch and dodging questions about a potential move away from the Westfalenstadion.

“It’s not like one match catapults you from the bottom to the top,” the Serbian defender told the press following the win on Saturday. “I’d like that, but the reality looks different,” he explained, before laying out the reality of life under new boss Thomas Tuchel. “I would love to play, and I fight all the time. I can’t do anything more,” continued Subotic before giving a predictably evasive answer when asked about his future at the club. “Right now is not the time for transfer thoughts because we still have a few games until the winter break.”

A fixture in the starting eleven during Liverpool boss Jurgen Klopp’s time at Dortmund, the no nonsense defender has seemingly fallen out of favour with his predecessor and has ramped up rumours that he already has his bags packed. The meeting with Wolfsburg was only the second Bundesliga appearance that Subotic has made this season with Sokratis Papastathopoulos the preferred partner to defensive stalwart Mats Hummels. It’s been suggested that the German side would rebuff any offers for the Serbian hard-man in January and though BVB sporting director Michael Zorc admitted that the 26-year old was unhappy, he seemingly backed up the fact that he’s not for sale by confirming they’re preparing to sit down and have talk with him about his future at the Westfalenstadion.

“We will sit down and discuss the situation,” he told German magazine Kicker when the subject of Subotic’s lack of playing time came up before going on to outright dismiss the notion that they’d be looking to part ways with him when the transfer window re-opens in Janaury. “There is no reason for it.”