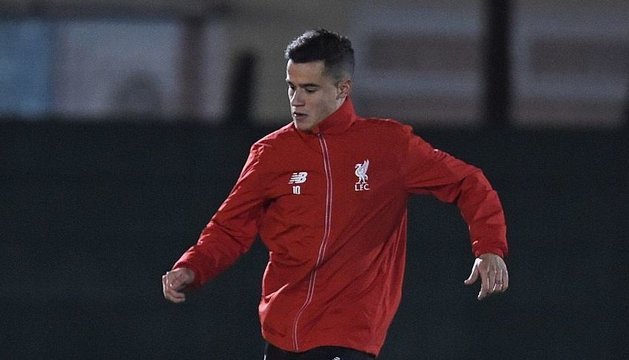 Liverpool will look to put the shock defeat at the hands of Newcastle United last weekend and the poor performance against FC Sion in the Europa League on Thursday night when they host West Bromwich Albion at Anfield on Sunday, but that’s always a feat that’s easier said than done.

The Baggies may be winless in their last two when visiting Merseyside, but the Kop knows all about Tony Pulis and just how hard it can be to get a result against his well drilled, compact teams. During his time at both Stoke City and Crystal Palace, the Welshman had an excellent record against the Reds — a fact that hasn’t been lost on Liverpool boss Jurgen Klopp.

“They are a physically strong team, a lot of tall players, they like set plays, they like fighting for second balls. They don’t too much build-up play, so it’s intensive. They defend pretty deep, pretty hard,” explained the German during his pre-match press call. “They want set plays in offence, not just corners but free-kicks, they want all this stuff to bring their quality through and that’s what I think everybody knew before I came here,” continued the Reds boss having done his homework. “It’s how Tony Pulis teams like to play and it’s quite successful, so why should he change? That’s hard work for us.”

That hard work could very well be made a bit simpler with Philippe Coutinho, who made it through a cameo appearance on the frozen Sion pitch in Switzerland on Thursday night, returning to the side. The Brazilian is expected to slot straight back in to the starting eleven and the Kop will be looking for him to add to the four goals he’s scored in his last three outings. The Reds, of course, continue to struggle at home with sides content to sit back and try to absorb pressure rather than look to attack.

That, of course, has been a problem for the Anfield outfit for quite some time, but it’s only been exacerbated by the amazing form shown on the road by Klopp’s side. Demolitions of Chelsea, Manchester City and Southampton by ridiculous score lines have only upped the expectations — though they will no doubt be tempered by last weekends loss to the Magpies and tomorrow’s meeting with West Brom.

Midfielder Stephane Sessegnon will miss out with a hamstring injury, but Claudio Yacob will be back to busting things up in the middle of the park having returned from suspension. The Argentinian midfielder is expected to play in front of Jonas Olsson and Gareth McAuley with Jonny Evans, who has turned into a bit of a utility man since his move from Manchester United, likely to be shifted out to the left flank. Salomon Rondon is expected to start up top for the Baggies, but Pulis has hinted that Sadio Berahino could play a part after the out of favour youngster put in some time with the reserves.

“Actually Saido asked to play,” revealed the Welshman when asked why the Chelsea and Tottenham Hotspur target was playing with the development side. “He wanted to have a game and he did very well. His attitude was first class. He scored a good goal and did very well. He needs a game obviously to get closer to match fitness and over the Christmas period, the amount of games that are coming up, it’s good that he’s got game time,” he continued. “We don’t want it just for Christmas. We want him back in the fold and as good as what he was last year because he was a top player for us last year.”

While Pulis could choose to call on Berahino’s considerable talents, his counterpart in Klopp will be without star striker Daniel Sturridge with the 25-year old once again sidelined through injury. Up against a physical side, Christian Benteke could return to the starting eleven after Divock Origi, who scored a hat-trick against Southampton, was given the nod in the Europa League.

With the Premier League as wide open as it is, Liverpool have a really good chance to make up some ground in the race up the table with Manchester United losing against AFC Bournemouth on Saturday and West Ham United being held by Stoke City. Pulis has a way of foiling our best laid plans though; while the stakes are monumentally lower than when his Palace side fought back to derail our hopes of lifting the title, it won’t be forgotten anytime soon. He has our number — let’s ignore the call.