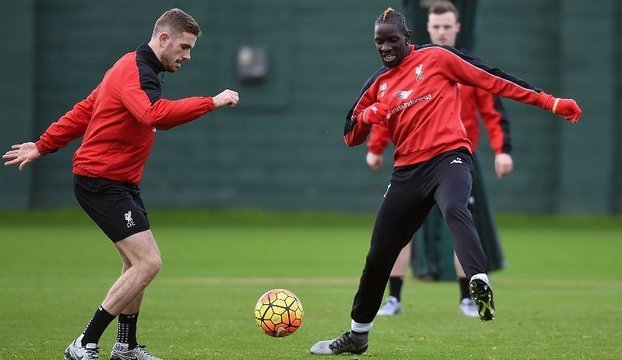 After barely avoiding relegation in the dying days of last season and looking like a safe bet to get the chop this year, Leicester City will roll in to Anfield on Boxing Day sitting pretty at the top of the Premier League table, holding a two point lead over their nearest chasers in Arsenal.

As someone who loves an underdog, honestly, it’s a bit hard not to smile everytime the Foxes defy the odds, but, of course, there’s that little part of me that just wants them to fall flat on their faces. Ok, it’s a part of me that I’m only now willing to admit — Leicester winning the league before Liverpool? That’s not something I ever thought would be possible, let alone would want to see.

There’s only so much you can love the underdog when it’s not you. While seeing Claudio Ranieri’s side lift the big one would be preferable to seeing any number of the usual suspects do it, considering the time and money that the Reds have invested in trying to bring home their first league title since 1990, seeing a team that only just staved off the drop at the end of last season beat us to the punch would be maddening. That being said, it’s not outside of the realm of possibility.

“Look, I am very confident because if Leicester last season saved themselves in the last two months that means the stamina is fantastic,” mused Ranieri, elaborating on both the spirit and the fitness levels in his camp. “Why can’t we continue to run, run, run? We are like Forrest Gump. Leicester is Forrest Gump,” laughed the Italian manager in his pre-match press call. “I give you the headline there.”

Winless in his last four outings and coming off a shambolic display against newly promoted Watford FC last weekend, Liverpool boss Jurgen Klopp is going to have his work cut out for him — and a lot of that will be down to players either being injured, or just returning from injury. Dejan Lovren could be back in contention with his knee problem progressing faster than expected and if the Croatian defender is fit enough to feature it won’t be a match too soon with Martin Skrtel facing six weeks on the sidelines after tearing a hamstring against the Hornets. Mamadou Sakho, who looked shaky in his first match back from his own knee injury, should be a little more steady come the weekend, though whether or not first choice ‘keeper Simon Mignolet will be ready after picking up a knock in the draw with West Bromwich Albion remains to be seen.

Playing at home, the Reds should be out and looking for an early goal, but those haven’t been all too easy to come by. Philippe Coutinho has looked a bit off the mark since working his way back to fitness and with Daniel Sturridge still out with whatever ailment he has this week, you can pretty much flip a coin on whether Klopp will even start with a recognized striker. Roberto Firmino has been his go to man with neither Divock Origi or Christian Benteke inspiring a world of confidence, but the Brazilian has been an enigmatic figure himself, showing an appetite for the job, but a frustrating lack of end product.

Considering the way that Leicester like to play, Liverpool could be in for a headache. We’ve seen the German manager’s high-octane style falter when teams are happy to concede them possession, and considering that particular game plan has been bread and butter for the Foxes, it’s highly unlikely that Ranieri is going to go back to being the “Tinkerman” he was once known to be.

Hitting fast and on the break, the duo of Jamie Vardy and Riyad Mahrez have bagged the lion’s share of the plaudits, but the Midlands outfit have proved time and again this season that they’ve got far more in their locker than just those two. N’Golo Kanté has been excellent in breaking up play in the center of the park, Kasper Schmeichel has been been strong when he’s been needed most, Wes Morgan doesn’t look like a player heading into the twilight of his career and Ranieri hasn’t had to rely on just the headline makers to score goals with Shinji Okazaki popping up with the winner against Everton last weekend.

Getting the likes of Jordan Henderson and Emre Can to do something of real note when their presented with the chance will likely be the key to winning, if not taking anything at all, from this one. I’ll take serviceable over spectacular any day of the week if it’s bringing in points, but neither has given us any joy as of late, so it’s time to start looking for solutions. Is there a better place to start than against a team on the top of the heap looking down?