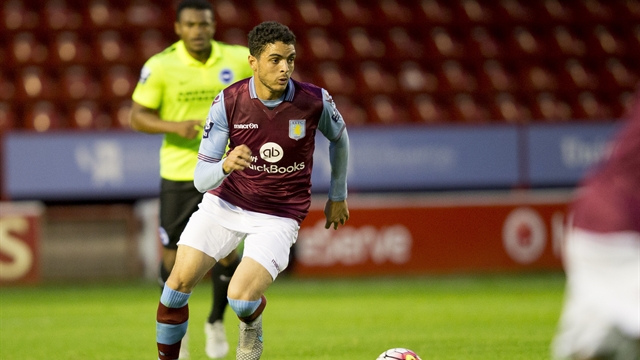 Looking to free up space in the squad and potential loan signings in the January transfer window, Aston Villa are set to cancel Liverpool defender Tiago Ilori’s loan deal early and send him back to Anfield prematurely.

Former Villains boss Tim Sherwood paid £1mil to bring the Portuguese defender to Villa Park in the summer as one of 12-players he recruited, but the 22-year old failed to impress during his time in the Midlands without making a single first team appearance. Sitting bottom of the table and staring relegation to the Championship in the face, new manager Remi Garde will be looking to make changes as soon as possible.

“This group hasn’t been together for a long time, which is probably not the best thing you can have for a football team,” said the Frenchman. “You always have to build something to be solid, and if you look at the story of this football club there has been a lot of changes, and important ones, for the last years and many in the summer as well,” he continued. “The team has to build a new story and, of course, in a team, you need some leaders.”

That, obviously, won’t include Ilori who now faces an uncertain future under Jurgen Klopp at Anfield. The Portuguese defender impressed during the European Under-21 Championship’s during the summer, but he’s as of yet failed to recreate his good form for his country at club level. Short on options, the 22-year old could finally get a chance to do just that at Anfield this winter, but after failing to establish himself at Villa, this will likely be his last chance to muscle his way into the side.