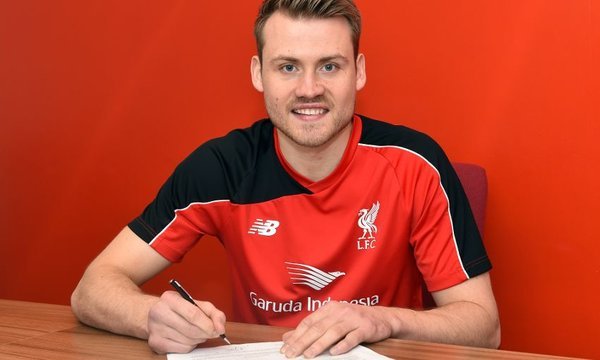 Finally putting to rest endless speculation that Liverpool boss Jurgen Klopp would look to replace ‘keeper Simon Mignolet, the Belgian today put pen to paper on a new deal that will see him stay with the Anfield outfit for the next five years and reportedly earn in the region of £50,000 per-week.

“It’s amazing and I have to thank the club for the confidence in me,” he said in an interview with the official website after formally accepting the offer. “I’m very pleased that I can be at Anfield and a part of Liverpool for a long future,” continued the 27-year old shot-stopper. “I’m happy to commit my future to LFC.”

Consistently backed by Klopp despite numerous rumours linking him with an interest in the likes of Stoke City ‘keeper Jack Butland and highly rated Barcelona man Marc-André ter Stegen, news of Mignolet’s new deal has been met with mixed reactions from both pundits and punters alike with the Belgian making 7-errors thus far this season juxtaposing the 15-clean sheets he kept in 2015 — the highest for the year.

“I’ve said it before, last year we managed with the team to get 15 clean sheets, which was the highest number in 2015. Like I said, clean sheets you get with the team, it’s not just the ‘keeper, it’s not just the defence,” explained Mignolet when asked if the Reds could improve on that impressive tally. “We have to do it all together and we work hard every day in training to learn what things we can do better,” continued the Belgian ‘keeper with their fragility from set-pieces immediately coming to mind. “We know where we can improve to keep more clean sheets and obviously when you keep 15 the aim is always to go higher and improve that because we know if you keep clean sheets you’ll win more games and you get more points.”