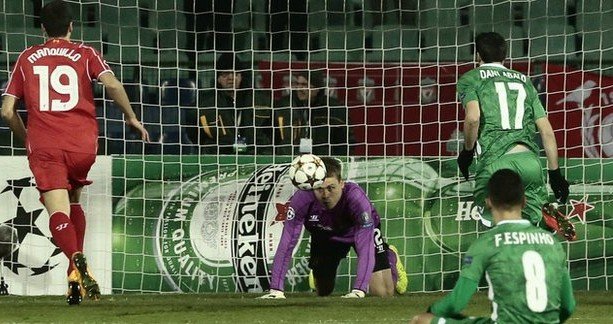 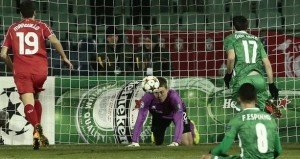 Liverpool FC are currently reliant on an on-loan CB as a late game-changing striker, which I can tell you in case you were wondering, is not a good position to be in.

But, you want to know what’s worse than relying on an on-loan CB to come on as a striker? Relying on Simon Mignolet to actually be a goalkeeper.

You’re welcome..thank you for coming. I really do not have anything else to say on the matter…Oh, you want more? Really? Well, ok then.

Simon Mignolet is not a very good keeper, he is not a great shot stopper, he is not very good at doing things with his feet, or his hands, or his nose apparently. He is average at most things, slightly above average for REFLEX saves and that is about it.

Now, I know what you’re thinking, you’re thinking, but Klopp likes him and we should trust in Klopp and that is fair enough, but…Simon Mignolet is a worse proposition for this current Liverpool FC incarnation than sticking an on-loan CB on as a striker. I mean, I really didn’t need to say anything more than that. Like seriously, right now, all I am doing is repeating stuff when the reality is, sticking Caulker on as a striker late on, when he was brought in as a break glass in case of emergency CB signing just last week is a much better proposition than watching Mignolet attempt to pass as a goalkeeper that is good enough for Liverpool FC.

And signing Mignolet to a new 5-year contract hurts me in ways that can only be described through the use of sadistic testicle torture experiments, which funnily enough, explains what watching Mignolet does to me on a regular basis.

Now this would not be a massive problem, but my wife wants to have more kids at some point and Mignolet is making it hard to fathom a world where my testicles are anything more than some shoddy ornamental man cave decorations.

Thank you for coming everyone, I hope you enjoyed your stay, but now that my rant is over, can we please maybe try using Caulker as our first choice keeper, because that is still a better proposition than keeping Mignolet in goal.

Or you know, maybe we can try to sign this guy…