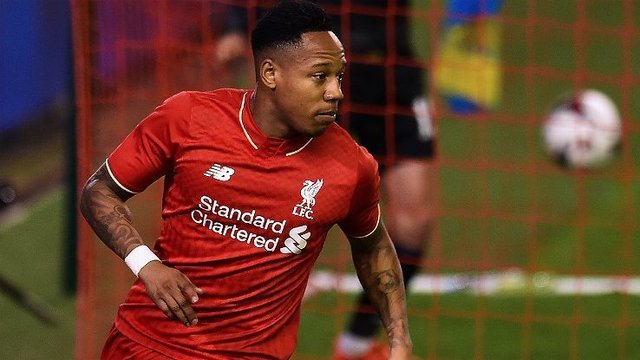 The second leg of Liverpool’s Round of 32 Europa League tie with German side FC Augsburg may be finely poised ahead of the meeting with the German outfit on Thursday, but Reds fullback Nathaniel Clyne isn’t about to hide the fact that he’s excited about what’s to come at the weekend with the Merseyside giants going in search of their ninth League Cup when they square up to Manchester City in the showpiece showdown in the Capital this Sunday.

“Everyone is buzzing about the cup final and, for me, it’s my first major cup final so all my friends and family are coming and it’s very exciting for the whole club,” enthused the 24-year old, full of praise for boss Jurgen Klopp and the changes he’s made since arriving in October. “I think the biggest thing you notice with the manager is the hunger and desire to win the ball back. The midfielder, defenders and full backs like me have to work very hard. It has been tough but it’s also been paying off,” he explained. “It was something I was used to with the previous manager, I was used to pressing high up the field and it’s no problem. I think you can see that it’s working and I’m sure we are going to shoot up the table.”

Liverpool’s inability to throw together a winning run has them languishing outside of the European places as we coast towards the end of the campaign — though progression in Europe and lifting some silverware could be exactly the tonic they need to get their ailing season back on track.

“We’ve actually been playing well in games, not always getting results and hopefully if we can win a trophy that will give us confidence and mean we can go on and win a lot more,” continued Clyne. “We’ve had a lot of players out injured, I think the win at Aston Villa showed that we are capable and I’ve felt for a while that a result like that has been coming,” mused the fullback. “It’s definitely exciting times if we can put together a decent run of form because we’ve got the cup final, still got the Europa League and hopefully it can be the start of things to come.”