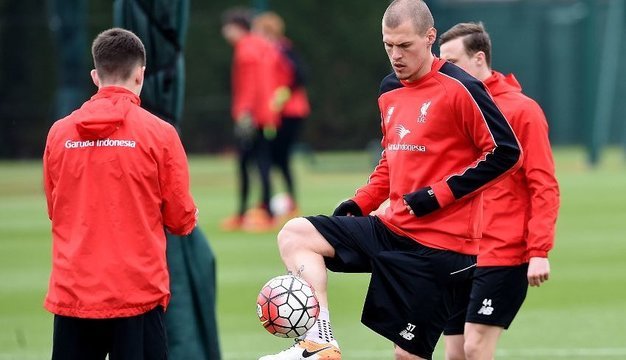 Hot off the heels of knocking bitter rivals Manchester United out of the Europa League, Liverpool travel to the South Coast on Sunday to make a return to a ground that Reds boss Jurgen Klopp already has fond memories of visiting.

Confidence will certainly be high at the weekend with the Anfield outfit finally finding looking like they’ve found their groove, but there won’t be too many Liverpool supporters expecting a repeat of their last outing against Southampton. En route to the League Cup final, the German boss watched on with delight at Saint Mary’s Stadium as his side absolutely battered the Saints, scoring six unanswered goals after Sadio Mane had opened the scoring for the hosts in the first minute.

That, of course, isn’t to say that it couldn’t happen; had the Reds taken even a fraction of the chances that they created over the two legs against United they could have easily ran the scoreline up to embarrassing figures. Still looking rusty and slightly off the pace, Daniel Sturridge could be given a rest in place of the lively Divock Origi with the injury prone Englishman seeing his time on the pitch heavily managed by Klopp.

Brazilian pair Roberto Firmino and Philippe Coutinho along with midfield duo Jordan Henderson and Emre Can are all likely to keep their spots in the starting eleven, but Klopp may be forced to draft Jon Flanagan in the side in place of Alberto Moreno. The Spaniard had a positive scan after pulling up with a hamstring problem training at Old Trafford on Wednesday, but the trip South may come a bit too soon for him. Martin Skrtel, back in full training after a long lay-off with a hamstring problem of his own, could be given a shot to win his spot back with the Reds manager confirming in his pre-match press conference that he may be forced to make some changes to keep the players fresh.

If Liverpool are going to continue to make a sustained push up the table, they’re going to have to avoid the very real European hangover with Southampton sure to be well rested. Graziano Pelle found the net twice — his first goals in 12-appearances — as Southampton downed Stoke City last weekend and that will almost certainly cement the powerful Italian’s place in Ronald Koeman’s plans. Mane, who has a pair of goals in his last two outings against the Reds, will be available and should feature in at least some capacity after a successful appeal against the red card he was shown in the dying seconds of the win over the Potters.

“I expect a difficult one,” said the Saint’s boss in his pre-match presser. “They have a really strong team, a lot of options and they’ve had two really good results against Manchester United in the Europa League,” he mused. “It was a must-win game for us against Stoke and it is the same again this weekend.”

With the two sides neck and neck in the table and chasing similar objectives, the Dutchman isn’t wrong. Disrupting the flow of balls to Liverpool’s attacking trio will be priority number one if Southampton want to take full points and lucky for them they’ll have Victor Wanyama available again after he served the last game of his five match ban last weekend. If nothing else, Fraser Forster will have to be on his game — just ask Red Devils ‘keeper David de Gea.

The Spaniard was excellent over the two legs as Klopp’s boys looked to make every single chance count and there’s no point in thinking that anything has changed since Thursday. The charismatic German has players, pundits and punters alike believing again and that’s a powerful thing. We may not run out 6-1 winners, but it won’t be for a lack of trying.