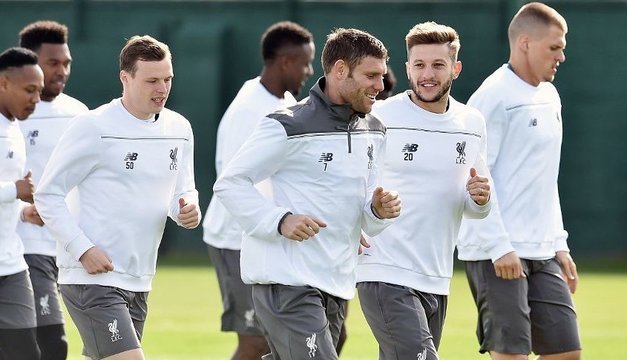 Heading in to the crucial second leg of their Europe League quarter-final, it’s pretty easy to see that both Borussia Dortmund and Liverpool are taking matters very seriously.

While the Bundesliga giants are almost certain to qualify for the Champions League based on their league positon, it seems that they eased off in the pursuit of eternal rivals Bayern Munich at the top of the table with BVB boss Thomas Tuchel making a number of changes to the side that drew with Schalke 04 at the weekend. His counterpart in Reds manager Jurgen Klopp did the same, citing the rigors of the meeting with his old side as the main reason behind the seven changes he made to his starting eleven, though the Anfield outfit fared quite a bit better as they put four goals past the usually defensively sound Stoke City.

Having left the Westfalenstadion with an away goal to their name, Liverpool go into the return leg in the ascendancy, though that advantage could be easily wiped away by a Dortmund side that have had no problems scoring away from home. Mamadou Sakho and Dejan Lovren are both expected to be recalled to the side after being given breaks at the weekend and Klopp will be hoping that they can turn out a similarly commanding performance to the one they put on a week ago. 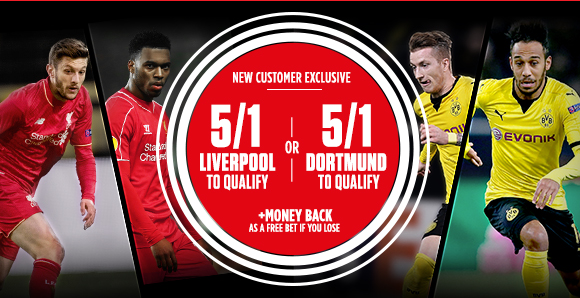 “We certainly won’t be flying a white flag,” said the Reds manager with a smile. “Dortmund can play better but so can we. They have been consistently at the top of the Bundesliga all season. You have to look at the type of football they play and it is very good. There is no reason to expect that to change,” mused the German. “We know each other better and how we work. Together we have developed a belief on the pitch and we’re in better position than six months ago.”

Joe Allen, who followed up an excellent performance on the continent with another show stopping display against the Potters, will almost certainly slot in for the injured Jordan Henderson and the Welshman should be joined by Emre Can in the middle of the park with his suspension from domestic action having no bearing on the Europa League. Roberto Firmino came through the meeting with Stoke without issue and he could join compatriot Philippe Coutinho in the starting eleven, but the real question that needs to be answered is if Divock Origi, who scored a second half brace on Sunday after being introduced at the break, will be in from the off or if Klopp will stay the course with Daniel Sturridge after the England man bagged a goal en-route to completing 90-minutes for the first time in forever.

Tuchel, of course, will be tinkering with his side in very much the same way with not one of Pierre-Emerick Aubameyang, Marco Reus or Henrikh Mkhitaryan named in the starting eleven for derby with Schalke 04. Barring any unforeseen injuries, all three should be restored to their rightful places and they could be joined by Ilkay Gundogan after the crafty midfielder returned from injury for a cameo appearance at the weekend. Regardless of who runs out at Anfield, the German side will be looking to win.

“I had thought about my starting XI for today’s game very early on. This was our 48th game of the season and we’re reaching our limit,” said the Dortmund boss, sounding slightly exasperated. “I know it was a lot of changes, but with every video analysis we did, it felt more and more like a good idea, and we were able to make good changes after an hour,” he continued, backing his selection policy and his faith in the entirety of his squad. “We believed 100 per cent in this team and that was confirmed.”

Long standing supporters of the fight for justice for the fans who lost their lives during the Hillsborough Stadium Disaster, the visiting supporters will unveil a mosaic prior to kick-off of a “96” in the signature yellow and black of Dortmund as a sign of solidarity with the cause and with the people of Liverpool. These kinds of things transcend petty matters like football, but one of these teams have to exit the competition tomorrow.

With the away goal hanging over their head, there’s no ambiguity here – BVB must score in order to have a chance of securing a place in the semi-finals and despite Liverpool’s slender advantage, the German side remain the favorites to do just that. The Reds, of course, have never been ones to follow the script so we’re sure to be in for a spectacle…