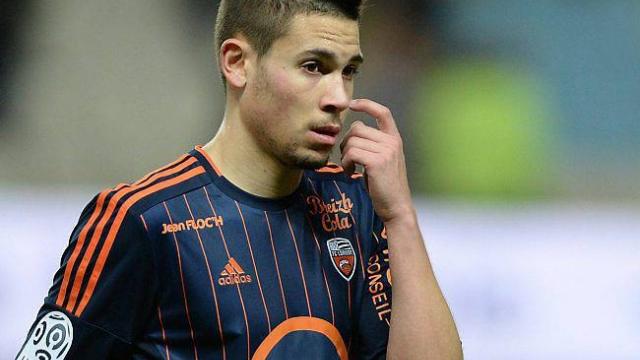 With Liverpool’s defensive woes over the past couple of seasons a major talking point as the summer transfer window prepares to open, it would come as little surprise if Reds boss Jurgen Klopp went looking for reinforcements before the coming campaign — and, apparently, he’s already started with the vice-president of Ligue One club FC Lorient revealing that the Anfield outfit has been in touch over talented fullback Raphael Guerrero.

“No one wants to see Raphael leave, especially the president,” Alex Hayes told French media outlet Ouest. “He will only be transferred if a club makes an offer that we can’t refuse,” he added, before going on to say that they want to keep him at the Stade du Moustoir. “For the moment four major foreign clubs, including Dortmund and Liverpool, have made an offer. The fourth one shouldn’t take too long to be made [officially] but for the moment none of them satisfy us,” explained the We’re calm. We don’t need to sell to balance the books.”

Although no specific figure was mentioned, it’s believed a bid somewhere in the region of £10mil would be enough to prise the Portuguese international away from Lorient — though, with only a year left on his contract, the French club are sure to be met with a number of low ball offers as different teams try to pick him up on the cheap. Despite finishing 15th in the table, Guerrero had an outstanding season in North Western France and has attracted the attentions of a number of scouts.

One only had to watch Liverpool’s Europa League final loss to Sevilla to see that we need an upgrade on the left side of our defence. While he might offer quite a bit going forward, Reds fullback Alberto Moreno has been inconsistent at best since arriving at Anfield and has only contributed to our problems at the back. He might be far from perfect, but if nothing else, Guerrero would provide some serious competition for the Spaniard and give Klopp a more seasoned option on the flank.