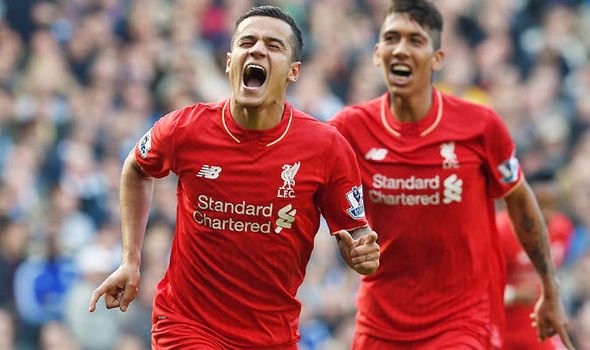 It looks like Liverpool playmaker Philippe Coutinho will be heading back to Merseyside early after Brazil’s shock exit from the Copa America at the Group Stages following their controversial 1-0 loss to Peru last night. After he takes a much deserved holiday, the diminutive midfielder should be available for the Reds extensive pre-season campaign. Rumours surrounding his future at Anfield have swirled all summer with interest from Catalan giants Barcelona and whispers of an official bid from French champions Paris Saint-Germain doing the rounds, but though he stopped short of ruling out an exit entirely, the 24-year old has once again insisted that everything is copacetic.

“I am grateful for everything Liverpool has done for me,” said Coutinho when asked about a potential move away from Anfield before going on to heap praise on the manager. “Am I happy there working under Klopp?” continued the Brazilian. “It’s clear, he’s great.”

Despite their early exit, the Reds player of the season turned out some fantastic performances for Dunga’s side during the tournament – including a hat-trick as the Selecao put seven unanswered goals past Haiti. That, of course, has done nothing to quiet the exit talk. Although it’s believed that the Anfield outfit would resist any offer that isn’t bordering on the gigantic, PSG have the kind of money that could make them rethink their position. The French juggernauts were rumoured to have fired an opening salvo earlier in the month, but Coutinho was either unaware of it or wasn’t interested in discussing it further.

“As far as I know, there’s no offer,” said the 24-year old when asked about an offer from the French champions last week. “I’m here with the national team, this subject is for my representatives,” he continued, brushing the transfer talk off to one side. “More important for me is to be here, focused on the national team and having a good tournament,” added Coutinho, before closing the matter. “That’s where my head is.”