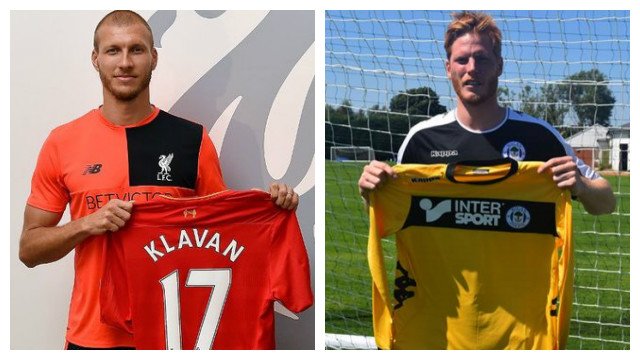 News broke on Sunday evening that Liverpool were looking to shore up their defense with the signing of FC Augsburg defender Ragnar Klavan and after successfully completing a medical yesterday, the Reds have confirmed that the Estonian has joined the club in a deal believed to be worth £4.2mil. The 30-year old will play no part as the Anfield outfit square off with Championship side Huddersfield Town later today, but he will be travelling to the United States as their pre-season preparations roll on.

“I think it’s more the feeling you get when you walk on the pitch,” said Klavan when asked about playing at Anfield. “It’s a compact stadium, but there’s so much history in there, this is what excites me more,” he added, reflecting on his trip to Merseyside with Augsburg in last season’s Europa League. “These days a lot of teams have really new stadiums which look good and everything is clean; but Anfield, it’s not the newest, but it’s the place to be.”

And, as one comes in, another goes out with ‘keeper Adam Bogdan moving to Championship side Wigan Athletic on a season long loan. The Hungarian shot-stopper made only six appearances for the first team after joining Liverpool from Bolton Wanderers on a free transfer last summer. With the Reds drafting in Loris Karius from FSV Mainz 05 to compete for a spot in the starting eleven, the 28-year old would see his playing time reduced even further — which makes it a win / win situation for all parties involved.

“When we found out Adam was available, it was a move I really wanted to push through,” enthused Latics manager Gary Caldwell. “He has great experience and will add immense competition for both Jussi Jaaskelainen and Lee Nicholls, which is what you need to drive the club forwards,” he continued. “He obviously knows Jussi from his time at Bolton, he knows the area, the training ground is familiar to him and I’m sure he will be a great addition to the squad.”