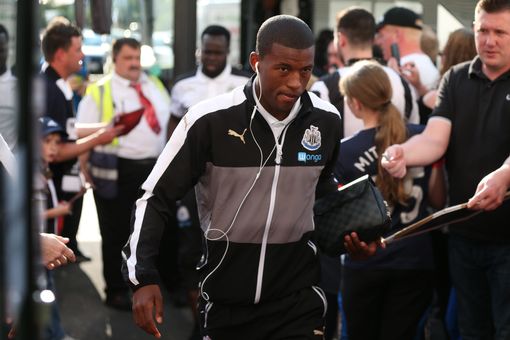 With his much discussed transfer to Liverpool still in the works, Newcastle United midfielder Georginio Wijnaldum made a surprise appearance at the Keepmoat Stadium ahead of the Magpies friendly with Doncaster Rovers yesterday evening despite rumours that the Dutchman would be left out of the squad as talks between the two sides rumble on.

Despite confirmation that negotiations are happening, verified news has been hard to come by and there are a number of different stories doing the rounds. The Reds, for their part, are rumoured to have an offer of £20mil on the table for the Dutchman, but that is apparently falling short of what the Tyneside outfit is hoping to get for the 25-year old. Another train of thought has long serving Anfield staple Lucas moving to St. James Stadium in part exchange for the talented 25-year old and another story has a fee agreed, but the two clubs wrangling over a payment schedule.

All of that, of course, is dependant on whom you believe; suffice it to say that although things are progressing behind the scenes, the Newcastle fans made it clear that they want Wijnaldum to stay at the club as they look for an immediate return to the Premier League — and it would appear that their boss is on the same page.

“I can’t really say anything other than that we will have to wait to see what happens,” said Magpies boss Rafa Benitez following the 2-2 draw with the Rovers. “He is still our player and that means he has to be ready for us. If something happens (with Liverpool), we will know in some days,” continued the typically vague Spaniard. “But until something changes, we will continue training and working with him, and we will continue playing him in the games.”