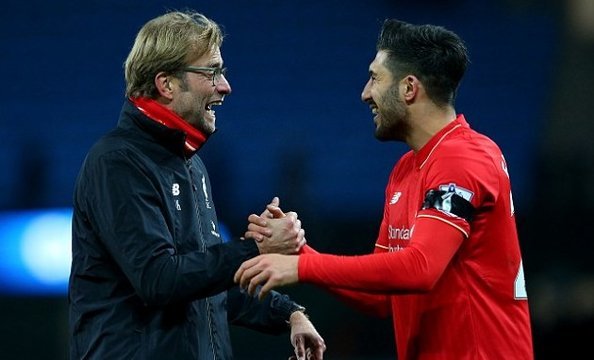 Although he’s uncomfortable with the notable comparisons being drawn to Liverpool legend Steven Gerrard, Reds midfielder Emre Can is looking to step up and lead by example this season as he looks to take the reigns and finally come in to his own at Anfield.

An injury hit season for Reds skipper Jordan Henderson saw Can take a much bigger role in the midfield over the last year, picking up plaudits from both pundits and punters alike along the way. While there have been calls for him to take the armband ahead of the new campaign, there’s been nothing concrete coming out of Anfield to indicate that the manager is looking for a change and any whispers about a shake-up seem far off the mark — for now anyways.

“I have a very good relationship with the manager, everybody knows that. He is a very, very good manager and I learn a lot. Every day I learn something new from him,” enthused the powerful midfielder. “For me, it’s very important to have the trust of the manager, and I have his trust. That’s why I can always show my best,” added Can. “I want to become better every day. I will try it and we will see what the season will bring. Of course, I want to be better than last season and I want to score more, that’s one target for me. I want to play well.”