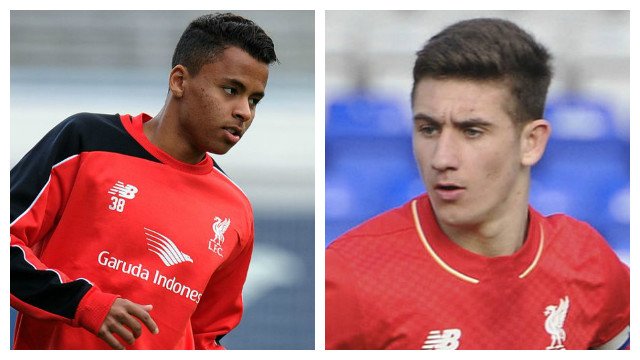 It’s been a busy summer at Anfield as Liverpool boss Jurgen Klopp looks to shape his squad for the coming season and today the Reds have confirmed that up and coming attacker Allan Rodrigues de Souza will once again go out on loan with Bundesliga club Hertha Berlin the destination for the talented Brazilian.

“I’ve felt comfortable immediately in the team,” said the 19-year old after the move was made official. “I’m therefore looking forward to playing for Hertha,” added the former Internacional youngster before the boss had his say. “Allan has a good footballing brain,” explained head coach Pal Dardai. “He’s very robust for his age, and he has a good strike.”

Set to follow the Brazilian out the door is Cameron Brannagan with the 20-year old looking likely to join Championship side Wigan Athletic on a season long loan after the club were rumoured to have agreed to play him in 75% of their games. Although he was involved in the Reds pre-season matches — including their tour of the United States — the Manchester born midfielder is still a ways away from competing for regular first team football — something he hopes to fix by getting out there and mixing it up in England’s second tier.

“If I’m not going to get regular game time here, I’d love the experience of what it’s like because that’s something I’ve not done before,” he told the Liverpool ECHO. “It would be good for me as a young lad to experience men’s football on a regular basis so I’d like to do it soon. It’s a big jump from playing in the under-21s to the Premier League with how quick the tempo is,” continued Brannagan. “Going out on loan, playing Championship football against men would be good experience for me. I’d like to do that.”