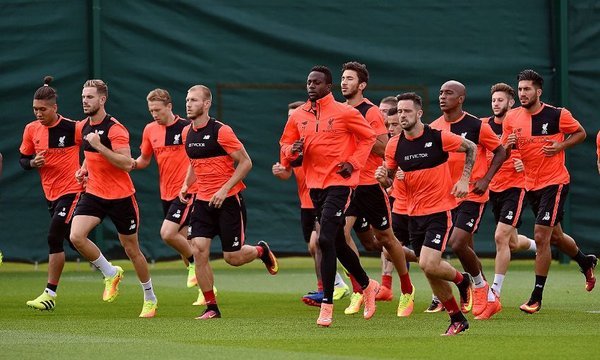 Switching from pedestrian to brilliant to absolutely dreadful back to pedestrian during a roller-coaster 90-minutes in their season opener away to Arsenal last weekend, Liverpool look very much like a side that could visit Burnley FC tomorrow and either flatten them completely or come up short at the hands of the newly promoted side.

Lazily described as the “Jekyll and Hyde” of the Premier League on more than one occasion, the Reds travel to Turf Moor having not conceded a goal en-route to four straight wins over the Clarets in the top flight, but they’ll be making the trip North without the kind of swagger that should come part and parcel with such a dominant record. Frankly, no one knows which team will show up — or, as in the case of last weekend, if they’ll decide to stick around for the whole thing.

While Liverpool were securing their first win at the Emirates in five years, Burnley had already missed out on their first points of the season; after Swansea City midfielder Leroy Fer broke the deadlock late in the second half, Dean Marney forced a fine save from Lukasz Fabianski as the visitors held on and handed the Clarets their first loss since Boxing Day. To be fair, they’re going to have to get used to losing again with the Premier League a rather large step-up from the Championship, but they’re also going to have to find some way to convert the rare chances they get in to goals. If they’ll have gleaned anything from our trip to North London, it’s that our back-line isn’t impenetrable.

And, obviously, that we’re going to score goals of our own. Theo Walcott got things started in North London as our hosts took a deserved fire half lead, but a brace from Philippe Coutinho on either side of the break, a well worked effort from Adam Lallana and a superb solo effort from Sadio Mane, who is doubt after injuring his shoulder earlier in the week, capped off a spell of pure attacking genius as the Gunners crumbled under pressure. Burnley ‘keeper Tom Heaton isn’t likely to get much sleep tonight knowing that he could be on the end of a drubbing tomorrow, but that the Reds went on to throw away their lead in such a careless fashion will keep Liverpool boss Jurgen Klopp up well past his bedtime as well. The German manager will have star striker Daniel Sturridge and vice-captain James Milner in contention for starting spots after they rejoined full training, but he could be tempted to replace only Mane in the side that beat Arsenal — even keeping the much criticized Alberto Moreno in the fold.

“We know what we did wrong and only to explain in this case it was not Alberto,” explained the German manager in his pre-match press conference. “For the first goal, Adam Lallana lost the ball, he had no real chance to keep it as (Francis) Coquelin made a really good tackle and a good pass. In the game, you see him (Moreno) running (forward), but we had four players there. We didn’t know who was where, who had what job to do,” conceded Klopp, sounding a bit exasperated. “This is a process. We want it but two hours training today, tomorrow does not mean you know it in a game because you are under pressure.” 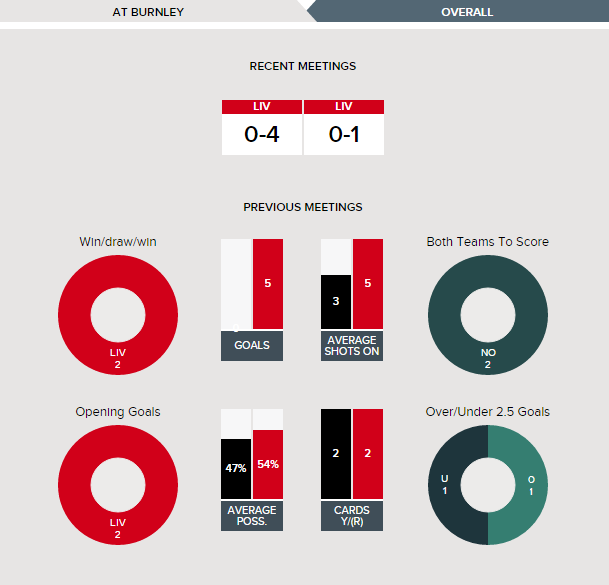 Of course, Burnley boss Sean Dyche’s doesn’t have the same caliber of firepower that Arsenal counterpart Arsene Wenger has at his disposal, but the industry and organization he’s drilled in to them make the newly promoted side the kind of team that can cause serious upsets. The addition of midfielder Steven Defour, who is on deck to make his debut on Saturday, will help give them the drive in the middle of the park that they’ve been lacking since Joey Barton headed to Scotland to play for Rangers, and though they’ll be a lot of expectations on his shoulders, the manager believes he’s up for the fight.

“In the Premier League world, the numbers that get bandied around seems really small. But for us, they are actually big for a club like Burnley,” said Dyche when asked about the club’s record signing. “He [Defour] knows it will be a challenge for us. He’s not coming in thinking we will be rolling around the top three all season,” continued the Englishman. “He knows it will be a challenge and he wants to be part of that.”

Calling it a “challenge” might be a bit of a reach by the Clarets manager, but that’s neither here nor there — this is a one match at a time business and considering Liverpool turns up Hyde instead of Jekyll, they could very well get something here. But, then again, if it’s the other way around, they could be on for a hammering. It’s really too early in the season to try to predict what an unpredictable side is going to do, don’t you think?