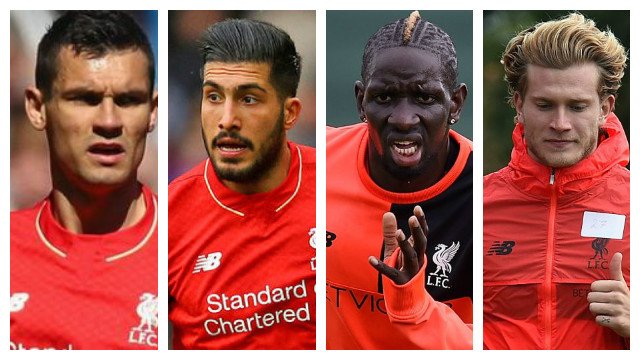 Less than a week after downing reigning Premier League champions Leicester City in their first match at Anfield this season, Liverpool boss Jurgen Klopp confirmed that a few changes could be made to the starting eleven that down the Foxes in such an emphatic fashion as his side zip south for a meeting with Chelsea on Friday evening.

“The players involved in the last game are until now all ready again plus Dejan (Lovren),” said the Reds manager, speaking to the press ahead of the trip to the Capital. “Not the others, for example Emre. Emre’s not injured anymore, that’s good, but he needs to train, that’s how it is. He had a difficult pre-season with coming in later than most of the other players (due to Euro 2016). Then he had a bit of an injury, it’s not the best moment until now. He’s still a wonderful player but we have to make him fit,” said Klopp, before once again re-iterating that Mamadou Sakho could be a line for a recall when he gets his fitness up. “That’s what we do with him, that’s what we do with Mamadou (Sakho),” added the German manager before hinting there could be a change between the sticks. “Loris (Karius) is training a week now so all good.”

Karius, signed from Bundesliga side FSV Mainz 05 in what was a busy summer on Merseyside, has been widely tipped to take Simon Mignolet’s spot in the starting eleven with Belgian ‘keeper consistently looking unsteady and unsure of himself since making the move to Anfield under former boss Brendan Rodgers. While there was no indication that the German shot-stopper, who settled for a spot on the bench at the weekend, would make his competitive debut at Stamford Bridge, Klopp was keen to talk up his qualities earlier in the week.

“I knew when we signed Karius that we now have two really strong goalkeepers. That was the plan but unfortunately Loris broke the bone in his hand, which is not too cool for a goalkeeper,” said the manager with a smile. “But he is now back. There is no pressure or something; that is the challenge and competition. In the end I want us all to be best friends, even when our best friends play in the same position,” mused the charismatic German. “That’s how it is, that’s football, it’s about performing. And we all have this pressure. I’m happy that Loris is back. He is a great, great character — a really good guy — and a real goalkeeper so that’s good. I’m fine and if they all stay fit in this position, that’s all I need.”

One thought on “Lovren Ready for Chelsea, Can and Sakho Working on Fitness, What About Karius?”