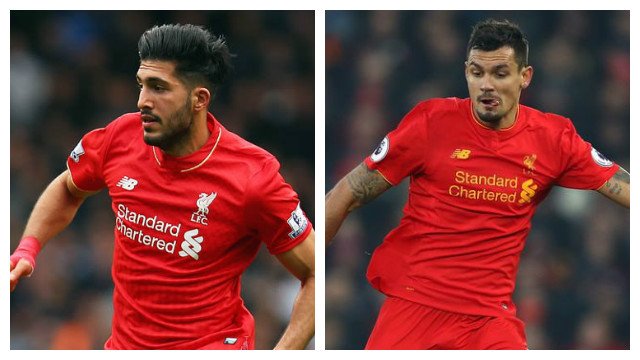 There’s no rest for any English team this time of the year and Liverpool are no exception. Coming off the back of the draw with West Ham United on Sunday, the Reds visit newly promoted Middlesbrough F.C on Wednesday and it’s likely there won’t be any rotation going on in the midfield with Jurgen Klopp confirming in his pre-match press conference that Emre Can is still out with a knee problem.

“Emre was a challenge with Divock [Origi] in training, knee on knee,” said the German manager. “Both trained on and both could do the rest of the training, but Emre had a little bit more pain so we looked a little bit more exact on it and how I said yesterday, I never heard about this ligament, but it’s a little bit damaged,” conceded Klopp. “He’s already on a good way and I’m not sure – he’s in doubt for Wednesday, but I think Everton he will be back for sure. It would be cool if he could train tomorrow, we will see,” added the Liverpool manager. “It’s painful, not really more.”

While he had a target return date for Can, the boss wasn’t quite so confident over Dejan Lovren’s availability after the defender was replaced by Ragnar Klavan during the midway point of the draw with the Hammers after a cramp in his hamstring forced him to the sidelines.

“Hopefully, I don’t know more in this moment,” said Klopp, unsure over whether or not the Croatian centreback will be available to face Boro. “It was cramp. He told me he wanted to play and I told him I want to play too, but since 20 years I can’t!” he said with a laugh. “It’s not about what you want, it’s about what is possible and we made the decision together it’s better to take him off, but we don’t know more about it in the moment.”