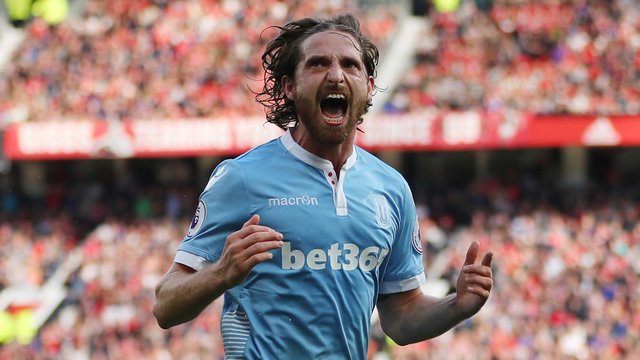 After starring for Wales at Euro-2016, there were quite a few shocked faces when Liverpool allowed Joe Allen to leave for Stoke City, but ahead of their meeting with the Potters two days after Christmas, Reds boss Jurgen Klopp revealed that not only does the club miss the 26-year old, but that his move away from Merseyside was in the works for some time.

“Do we miss Joe Allen? Yes. Nice guy. Unbelievable, strong player,” enthused the German manager, full of praise for the Welshman. “It was a common decision. It was clear after the last two years, not being a fixed line-up player. He plays a little more offensive now than what he would for us,” explained Klopp, going on to say he’s not surprised that Allen has done well at the Britannia Stadium. “If Liverpool FC sells a player, then they have to have a real impact at their next club. If you leave us, okay, then show us what you’ve learned.”

A divisive figure during his time at Anfield, Allen made a £13mil move to the Potteries with Liverpool going on to bring in Newcastle United midfielder Georginio Wijnaldum later in the summer. Though the Dutchman has impressed, he’s come in for a lot of the same criticisms that plagued his Welsh counterpart over his years on Merseyside. Deployed in a more offensive role, Allen has found the net five times this season and chipped in with a further two assists — the kind of form that Stoke boss Mark Hughes would like to see him continue when they visit Anfield in a few days time.

“I think Joe will want to do well when he goes back there, that is natural, but he has nothing to prove,” said the Potters boss. “I know he was appreciated there by supporters and players alike,” added the Welshman. “A lot of supporters expressed surprise when they allowed him to leave and I would expect him to receive a tremendous reception on the 27th.”