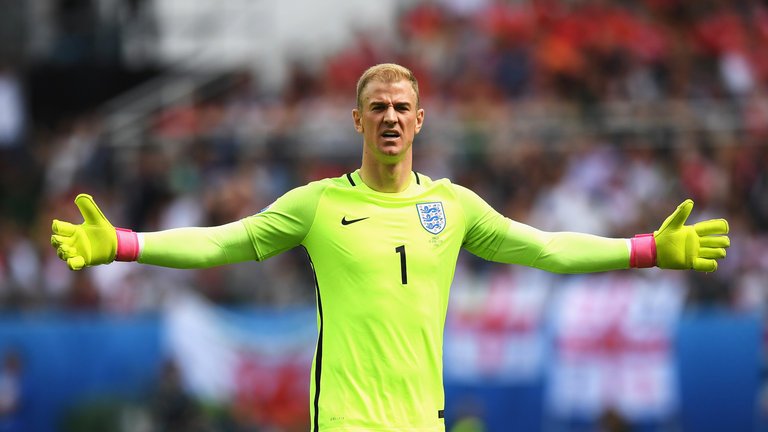 After beating Manchester City 1-0, Liverpool fans were treated to waking up to the news that Joe Hart has apparently been telling his mates he’d be well up for a move to Jurgen Klopp’s Reds.

The Mirror told us that the England goalkeeper had been recently speaking with friends and told them he’d “jump at the chance” to play for Liverpool.

Liverpool fans were split over whether or not they’d prefer Hart over either Loris Karius or Simon Mignolet – some saying the England International isn’t better than what we’ve already got and others suggesting that he’d be the final piece of the puzzle that would give Liverpool a long-awaited Premier League title.

I’m not too sure how I feel about it, to be honest. I think Hart is a decent goalkeeper but I don’t think he can be considered among the finest in Europe.

Joe Hart is doing wonders for Torino here, they're down to nine men against Pescara and are currently holding on to a 0-0 stalemate.

He’s been putting in a decent shift while on loan at Serie A side Torino, plying his trade in the same city as perhaps his biggest, and best known, fan, Gianluigi Buffon.

The Italian legend once called Hart the best ‘keeper in the world, he said:

I’ve been watching his game for a few years now, and Joe Hart is now for me one of the top three goalkeepers in the world. He had the period where he made some mistakes and was dropped, but he needed that.

I’ve always said you need to be a bit of a masochist to be a top goalkeeper and that period would have made Joe that. Since his return to the team after being dropped, you won’t think of a better goalkeeper in the world. It’s not just about the saves he makes, but the way he organises with such confidence. He is a real leader.

He did say this while Hart was still starting week in, week out for Man City, mind, but you can’t take that away from him.

Yep. Sources close to Liverpool have confirmed that, as of right now, Klopp and co. are not looking to bring in the England goalkeeper.

The 29-year-old is hoping to return to England at the end of his loan at Torino but hopes of him joining a top-tier club seem to be fading.

It doesn’t seem like Hart has a place at Pep Guardiola’s City and with Petr Cech doing his bit at Arsenal, Thibaut Courtois at Chelsea, David De Gea at Man United and Hugo Lloris at Spurs, it now appears the likes of Everton and West Ham would be more suited.

I find it odd that the England ‘keeper would turn up his nose at staying at Torino – maybe he’s saying it out of respect as they’re unlikely to be able to realistically finance a permanent deal.

It might be another move abroad for Joe in the future…