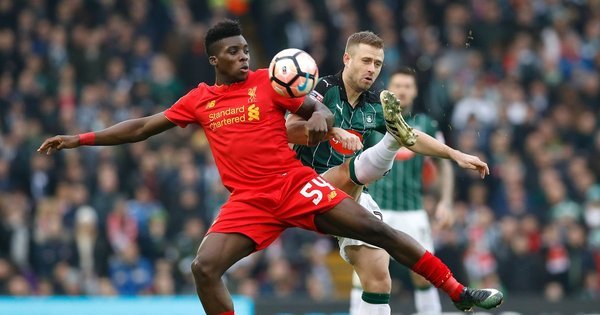 So much so I didn’t actually write a preview for the fixture at Anfield – ahem.

Our squad has depth, but as we’ve seen recently – with the injuries to Jordan Henderson, Joel Matip and Phil Coutinho – Klopp’s men can struggle to turn around results and hold on to leads.

I’m not sure we can risk throwing all we have at the FA Cup; we are so far advanced in the League Cup and are still within a shout of the Premier League title – being joint-second on points, only behind on goal difference.

Jurgen will field a similar side to what we saw at Anfield just over a week ago; we will see some of the young lads again, I’m sure, and it’ll be seen as a chance for certain players.

Trent Alexander-Arnold will play. He has to, surely. Nathaniel Clyne is still, at least, a week away from training and we aren’t exactly fortunate to have any more viable options.

Speaking of injuries – we have no more! Well, besides Danny Ings and Adam Bogan – remember him? Ed Sheeran. Anyway, aye, I thought Joel Matip maybe hadn’t recovered from his injury but it seems the FA in Cameroon are just trying to be annoying because the African Sami Hyypia doesn’t fancy playing for their staff.

Mad. But, no, what’s mad is that FIFA have basically told Liverpool to settle it themselves.

That being said, James Pearce from the Liverpool Echo has been saying that Liverpool may just field Matip against Plymouth and force the FA and/or FIFA to take action.

My expected lineup would probably feature Daniel Sturridge with a load of the reserve team – à la Kevin Stewart – and the sporadic first team player.

As far as I can scour, Plymouth currently have a clean bill of health – none of their players are injured and only one, Gary Miller, a right back, is at risk of suspension.

That being said, Gazza there will be available for selection on Wednesday.

If they weren’t League Two, I’d be concerned.

I’m not overly confident of my first team suggestions this week – if there is one thing Klopp hates more than a busy schedule of fixtures, it’ll be not beating a team, that is three divisions beneath us, at Anfield.

To be fair, I’m pretty livid.

I’ll keep this short and sweet – Liverpool have the ability to slaughter Plymouth and set a new record for the most goals scored in a competitive fixture.

We won’t do that though. Obviously.

I fancy Plymouth to throw some doubt over Liverpool at some point in the game, so I’m going to say Loris Karius – yes, he’ll play – isn’t going to keep a clean sheet.

Although I do think Klopp will know exactly what to do this time and I think Liverpool will win in a superior fashion, not dominant but superior.

We will dictate the game and control the ball for the most part and, come the 90th minute, I believe the scoreboard will read Plymouth 1-3 Liverpool.

If you’d like to strongly disagree with me or remind me of what I’ve written after Plymouth do the first relevant thing in their history, you can find me on Twitter – @StefanoHairon.

One thought on “Plymouth vs. Liverpool: Match Preview”