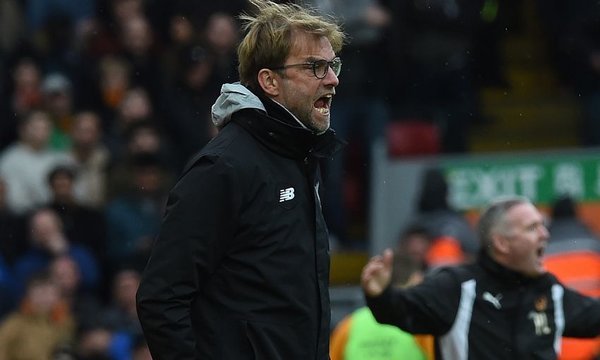 One of those days becomes one of those weeks that turns in to one of those months and is threatening to become another one of those seasons; hot on the heels of being knocked out of the League Cup by Southampton, Liverpool suffer another shock exit in the FA Cup at the hands of Championship strugglers Wolverhampton Wanderers as the Reds season continues to spiral quickly out of control.

Eight matches and only a single win for Jurgen Klopp closes out a January that has seen the word “crisis” replace “glorious” on the lips of the Liverpool faithful. Any notion that the hosts would bounce back in style against a Wolves side making a hash out of life in the Championship was quickly erased within the first minute when Richard Stearman headed a curling Helder Costa free-kick past Loris Karius to give the visitors an early lead before settling in to a predictable and wholly effective game plan.

I could rattle off the stats since the turn of the year to prove my point, but today’s are telling enough on their own: 79% possession, only five shots on target — our first arriving just a shade before the hour mark as Paul Lambert’s side conceded control of the ball, flooded the central areas, soaked up the pressure, tried to pick off our steady stream of horizontal passes, forced us out wide, headed away our crosses and hit us hard on the counter.

Any side with pace can be dangerous on the break and Costa proved they have some to spare when he ran three-quarters of the pitch, shrugging off defenders along the way only to scuff his shot when presented with a shot at the highlight reel. Disappointed for the visitors and a let off for the hosts, but the Portuguese attacker would atone for his miscue just before the break by playing provider again with former Aston Villa man Andreas Weimann running on to his pass before rounding Karius for the their second.

“We can’t say nothing happened because the opposite is the truth. But it’s not allowed that we suffered like this. We cost ourselves the game today but we should not forget that they played really well,” mused Liverpool boss Jurgen Klopp, who made nine changes from the team who lost out to Southampton on Wednesday. “I am angry but that is not enough. We have to ‘collect the bones’, and to recover and strike back 100%,” added the German, sounding somehow defiant and disappointed at the same time. “It doesn’t make it easier for Chelsea, that game is not decided already. It’s up to us and if we play better we have a chance. If we don’t, we don’t have a chance but it is too early to talk about the next game. We have to talk about this game, but with the team not with in public with you guys.”

Clear the air talks followed the loss to Swansea City and they didn’t seem to do the trick, but as we spiral further down the hole, there has to be a reaction. You’re damned if you do and damned if you don’t play the kids in the early rounds of the FA Cup and maybe Klopp got caught out today and maybe he didn’t — that’s an argument I’m willing hear. What isn’t up for debate is that it was only in the last five minutes, when Divock Origi prodded past Wolves ‘keeper Harry Burgoyne to restore some semblance of hope, that we were even remotely distinguishable as the Premier League side in this tie.

That, as you know, was in spite of introducing Philippe Coutinho, Daniel Sturridge and Emre Can earlier in the half.

I don’t particularly want to talk about this one anymore; thankfully, it’s not my job to solve what ails us and I’m not pompous or tactically astute enough to suggest that I know better than Klopp. That being said, we’re now staring down another season without a trophy and desperately hanging on to our top four ambitions to see us through to the summer and that’s not a good feeling at all. Want to talk dissect that a bit more? I don’t.

One thought on “Liverpool (1) Wolverhampton Wanderers (2): We Have to Talk About This Game”