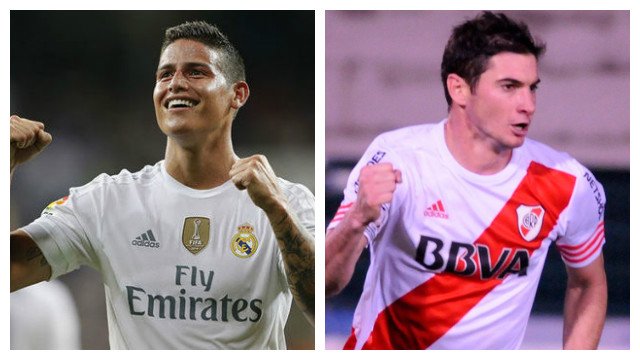 While it’s a story that seems about as far fetched as they come, rumours linking Liverpool with an interest in Real Madrid superstar James Rodriguez have refused to die despite it being almost universally accepted that the Colombian forward is out of their league.

“Of course they are, but they aren’t the only one. Liverpool are realistic and I think they realise James is looking for a different type of team,” said rumour mill blow-hard Guillem Balague, adding fuel to the fire. “But he is leaving the door open to all possibilities because he knows Real Madrid want to get rid of him,” continued the Spaniard. “He would like to go to a club like Chelsea or Manchester United and he has offers from England and Italy but we will have to wait and see.”

A potentially season ending injury to Reds forward Sadio Mane has only highlighted their need for more quality attacking options and though Liverpool manager Jurgen Klopp has confirmed that he’ll be drafting in reenforcement this summer, Rodriguez almost certainly remains a player outside of their means. Rumour has it that this summer the German manager will be handed the largest transfer kitty in the club’s history and though it might not be enough to bring in the Colombian, they’re apparently eyeing a different South American in highly rated River Plate striker Lucas Alario — a player who has bagged 7-goals in 16-matches for the Argentine giants this season.

“Alario is definitely ready for the jump to Europe,” his agent Pedro Aldave told Italian news outlet Tutto Mercato Web. “He is currently the best prospect of Argentine football, young and an EU citizen, already in the national team. What else?” mused Alario’s representative. “That’s right. There are many teams interested, every time he enters the pitch there are scouts following him from around the world,” he added, before revealing the fly in the ointment. “River Plate, however, are not willing to sell him at this time, so the operation is very difficult.”