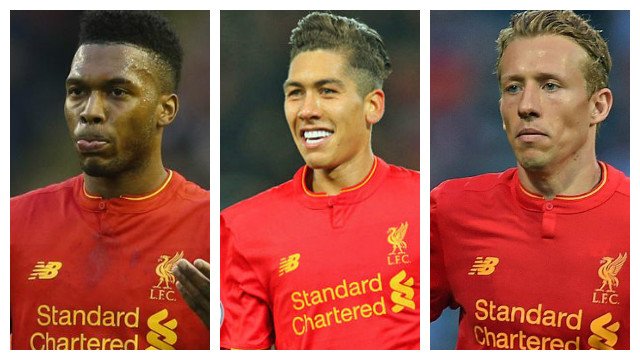 Knowing full well that a win against West Ham United on Sunday and the same against Middlesbrough at Anfield a week later will see them qualify for next seasons Champions League, Liverpool boss Jurgen Klopp has some decisions to make when the Reds visit the London Stadium on Sunday with Daniel Sturridge pushing for a recall to the starting eleven and Roberto Firmino struggling with a muscle problem.

“Ready. That is good,” said the German manager when asked if the 27-year old is ready to play more than a bit part. “So far it’s been difficult because you can’t start a player then have to think after 40 minutes ‘so we have to change?’,” mused Klopp. “I was happy to have the opportunity to bring him on the pitch. Top players so they have impact,” continued the Liverpool boss, impressed with Sturridge’s cameo appearance against the Southampton last weekend. “Now the situation is different again. It’s another week we’ve had him training and so far so good, so hopefully we have a few options.”

Injuries have certainly taken their toll; Liverpool looked flat and missing the likes of Sadio Mane and Jordan Henderson until Sturridge was introduced late in the second half. Drawing yet another blank at the hands of the Saints at Anfield on Sunday, the Reds opened themselves up to being knocked out of the top four by the end of the season with the chasing pack all holding at least one match in hand. Arsenal beating Manchester United helped their cause, but they’ll still have to come out on top against both the Hammers as well as Boro on the final day of the season if they want to play Champions League football next season — a task that could be complicated with Firmino and Lucas both having to hit the treatment table this week.

“We are struggling a little bit with Roberto again and Lucas Leiva this week. After the (Southampton) game they felt something, we have to wait and see what they can do there,” conceded Klopp. “For a few weeks we have had to manage Roberto’s intensity in training. He feels another muscle a little bit,” explained the Liverpool manager. “We left him out of training and have to wait and give him as much time as possible. Both him and Lucas played 90 minutes,” continued the German, stopping short of ruling them out of the trip to West Ham. “Lucas felt two different muscles after the game. He could be back in training today and Roberto tomorrow if possible.”