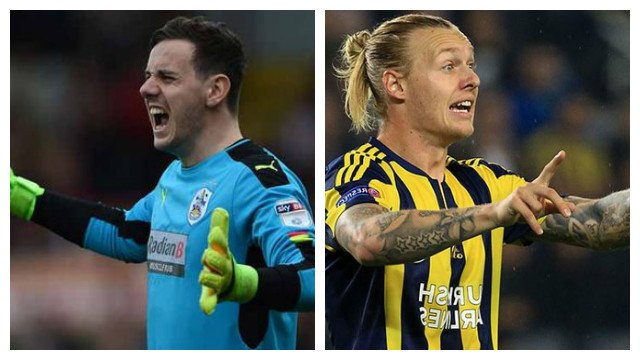 Although Liverpool boss Jurgen Klopp remains undecided on whether or not up and coming ‘keeper Danny Ward will play a part for the Reds next season, the Welshman hasn’t been quite so wishy-washy on his plans for the future after his loan spell at Huddersfield Town ended with the Terriers securing a spot in the top-flight.

“Promotion has changed things for me,” said the 23-year old. “It is a chance to go and play in the Premier League at a club where you know the place, they know what you’re about,” continued Ward, confirming that he’d like to have another go at the Kirklees Stadium. “David Wagner has told me his view and I’ve given him my thoughts as well. But it is kind of out of my hands at the minute,” explained the Welshman. “As it stands, I am going back to Liverpool for pre-season.”

With veteran shot-stopper Alex Manninger calling time on a storied playing career, it was expected that Ward would be back on Merseyside and battling for a spot in Klopp’s plans, but the German could be forced to rethink his position with the 23-year old pushing hard for a return to Huddersfield and a chance to play week in and week out for the Terriers. Obviously, that’s not the only situation that’ll be puzzling the German after the club were forced to drop their interest in Southampton defender Virgil van Dijk following an “illegal approach” from the Reds. While they could move in a number of directions — including coming back for the Dutchman should he hand in a transfer request — it appears that they’ve got at least one top class alternative lined up in Fenerbahce defender Simon Kjaer. The Turkish club could be tempted by a bid in the region of £15mil for a big Dane, but they may have to fend off interest from Italian club Inter Milan with the Serie A side one of many clubs keeping a close eye on the 28-year old.

“Kjær has a contract with Fenerbahçe for another two years,” said his agent Mikkel Beck, speaking with FC Inter News. “And if anyone wants to do so, they must talk to the Turkish club,” added the Dane, at this point staying non-committal . “I won’t tell you if there if an offer for him, but I can only add that there is a lot of interest and that is normal for a player of his calibre.”