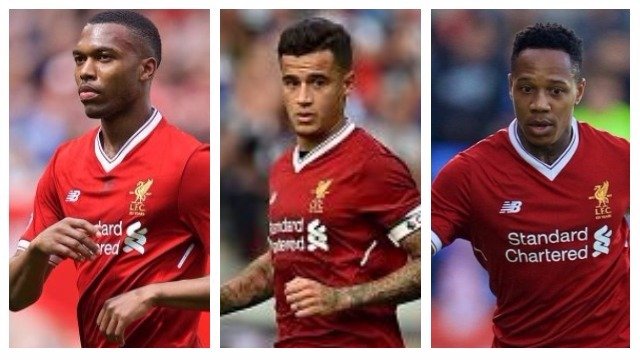 On the back of a morale boosting win against Hoffenheim in the Champions League on Tuesday, Liverpool will make their home bow in the Premier League this season when Crystal Palace visit Anfield on Saturday — a match that could see a familiar face in Daniel Sturridge return to the squad, but will do nothing to ease concerns that Philippe Coutinho is Barcelona bound.

“Daniel yes, I would say,” said Reds boss Jurgen Klopp, confirming that the Englishman should be ready to face the Eagles in some capacity on Saturday. “Yesterday he was part of the complete session and looked really good, but always after injuries you have to wait to see how the player reacts to this intensity,” continued the German, before delivering the bad news. “Phil is not available; he is not training so far, so there is nothing new,” added the Liverpool manager. “It is always how it is with injured players, there is no real time on when he is back.”

Young fullback Trent Alexander-Arnold, who scored a spectacular free-kick in the Champions League on Tuesday, is expected to continue in place of the injured Nathniel Clyne with Klopp confirming that there’s been “no change” in his condition with rehabilitation on his back problem ongoing. While no one can say anything for certain, it sounds like his back injury may be of a different variety than the one Coutinho is currently struggling to overcome. After having a massive bid for the Brazilian rejected, Barcelona is expected to come back to the table with another offer knowing full well that he’s handed in a transfer request in an attempt to force through a move to the Nou Camp. The Catalonians have even gone so far as to say that a deal is “close”, but Klopp isn’t having that at all.

“I have no reaction, actually,” said the Reds manager when asked about the comments from Barca general manager Pep Segura. “There’s no news from me because nobody told me any different since we spoke last time about this. Look, we are all not silly and we know it’s a very difficult situation,” explained Klopp, throwing out any pretense. “There just is nothing new to say and obviously there are different interests from different departments [people] and all that stuff.”