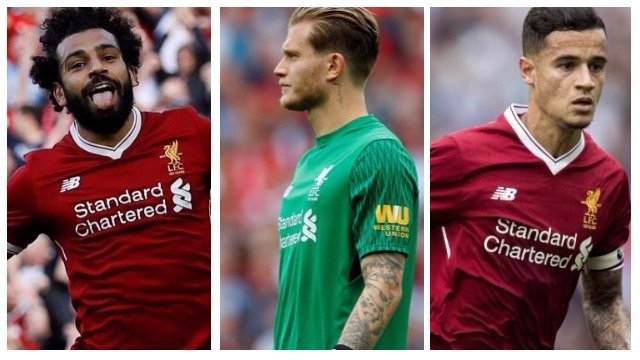 After he shipped five goals at the weekend in the loss to Manchester City, Liverpool boss Jurgen Klopp has confirmed that Reds ‘keeper Simon Mignolet will drop to the bench tomorrow in favour of back-up shot-stopper Loris Karius when Sevilla visit Anfield in their Champions League curtain raiser.

“What I can say is that if nothing happens overnight, then Loris Karius will play tomorrow night,” said the German manager, speaking to the press ahead of the meeting with the Spanish side — a decision that seems a bit odd considering the Belgian not only has more experience between the stick, but he was also charged with navigating both legs of their Champions League qualifier with Hoffenheim last month. Mignolet, of course, was “rested” under somewhat questionable circumstances during the 4-0 win over Arsenal, but that looked to be more of an anomaly than hint at what is looking like a recurring theme.

In other news, the likelihood of influential winger Mohamed Salah making Liverpool’s starting eleven appears to be in question after the Egyptian was sent home from training with a sore throat yesterday. The former AS Roma man, who made a big money move to Anfield over the summer, has been in fine form for the Reds this season and was fully expected to line-up against Sevilla only for illness to throw a spanner in the works. With that being said, Klopp has said that his sore throat isn’t “that serious” but that the club’s medical staff said that if he doesn’t have to train then he should sit it out.

That, of course, could very well open the door for want-away attacker Philippe Coutinho to take Salah’s spot in the starting line-up. The Brazilian, who saw a transfer request rejected as he tried to force through a move to Barcelona, is set to play his first match for Liverpool this season after a back problem and an illness of his own kept him sidelined until the international break. Sitting out the trip to Manchester in order to focus on training, the 25-year old will almost certainly play a part though Klopp wasn’t keen on discussing his intentions.

“I could [give you an idea], but I’m sure all the Liverpool supporters around the world are ready to wait another 24 hours,” mused the Reds boss. “He is fit, he is healthy. All other information about the line-up, I think, you have to wait until tomorrow,” added the man with a smile. “He is here [with] no [fitness issue].”