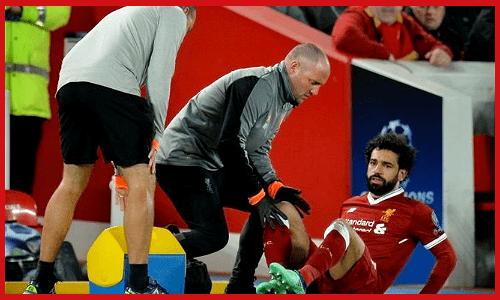 It was by no means the most entertaining Merseyside Derby that we have witnessed of late, but it was something that was expected following the first-leg quarter-final victory at Anfield last Wednesday night over Pep Guardiola’s soon to be Premier League Champions Manchester City, who, one again suffered defeat at the hands of city rivals Manchester United.

For most Liverpool supporters, the Derby was a nothing game really. There did not seem to be much of a build-up of the fixture due to the attention on the Champions League. It also reflected on the pitch as it was utilized as more of a training session for those who featured on Wednesday night and who will feature in the return leg at the Etihad on Tuesday night, and a chance to impress for the likes of Danny Ings & Dominic Solanke.

It was crucial that the Reds did not sustain any injuries on Saturday afternoon, and to Jurgen Klopp’s delight, this was the case;

“We were not here to play a wild derby, that would not make sense. It was quite difficult for Everton to get the game they wanted, challenges and stuff like that. It was a good performance, it was not brilliant, but maybe the most mature performance since I’m here.”

With the chance to progress to the Champions League semi-finals since the 2007/08 campaign, a decade ago, it was vital that Liverpool did not treat this Merseyside Derby with the aggression that comes with it.

The 5-time champions of Europe now turn their attention to the second-leg of the quarter-finals in good faith with no injuries picked up on Saturday afternoon at Goodison Park, and with the potential of the return of Mohamed Salah after he was taken off at Anfield on Wednesday due to a slight groin strain.

It is still unclear whether the Premier League’s top goal scorer will feature in Manchester on Tuesday night; “Mo, he’s injured. I don’t think it is really serious and he can be available for Tuesday.” That being said, it is still unclear for sure if the Egyptian international will be 100% fit for the trip to the Etihad.