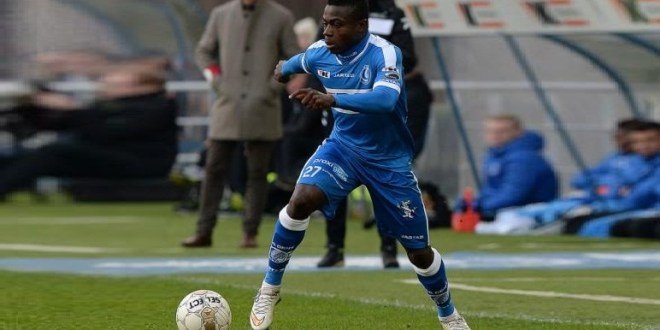 Since arriving at Anfield in 2015, Jürgen Klopp has gradually molded the Liverpool team into his own vision. Some of the German’s signings have been outstanding, including last year’s acquisition of 2017-18 Premier League top goalscorer Mohamed Salah for a mere £36.9 million. This turned out to be the bargain of the century, and now fans are excited about who else the former Borussia Dortmund boss will bring in this summer. Klopp has been busy already, and is now looking to bolster his attack with the possible signing of Moses Simon from Gent.

Liverpool are stating their intent this summer, and are letting their rivals know that they will be challenging all the way next term. After a strong showing in the league and in Europe, the Reds will be considered among the favourites to lift the title next time out.

Klopp has gradually plastered over the cracks in the team he inherited from Brendan Rodgers, and has already taken care of the lack of muscle in midfield in this transfer window. Naby Keita and Fabinho will likely slot straight into the Reds midfield, and both have the potential to become future stars at Anfield. The acquisition of Virgil Van Dijk last winter has also helped the Merseyside club tighten up at the back. Previously, btts and win tips would often predict that Liverpool would concede goals but go on to win the game. Next season, though, and with the addition of a new goalkeeper, they could be much more rigid in defence.

Now, the manager is turning his attention to adding more options in attack. Last season, Liverpool were strong going forward and ended the campaign with the second-highest goal tally of 84 in the league. Salah was exceptional, and the Egyptian bagged an incredible 32 goals in 36 appearances. The Reds certainly don’t want to become overly reliant on their new sensation, though, and Klopp needs to add other attackers to relieve some of the pressure on the 25-year-old. When the competitions heat up and the games come thick and fast, it will be useful to rest the speedy winger for the less important matches.

With this in mind, the Express reports that Klopp is interested in signing Gent’s Simon to provide another option going forward. The 22-year-old joined the Belgian outfit in 2015 and has scored 21 goals in 108 league showings for the club. He has also been a regular for Nigeria in the same time frame, with four goals in 20 appearances for the Super Eagles. Simon may be eying a step up into a more competitive league, and the opportunity to play for Liverpool would be difficult for the youngster to turn down.

Liverpool would be able to bring Simon in on the cheap and are looking at around £10 million to sign the player. The winger would be likely to operate well in Klopp’s aggressive system and could end up being another extremely shrewd acquisition.