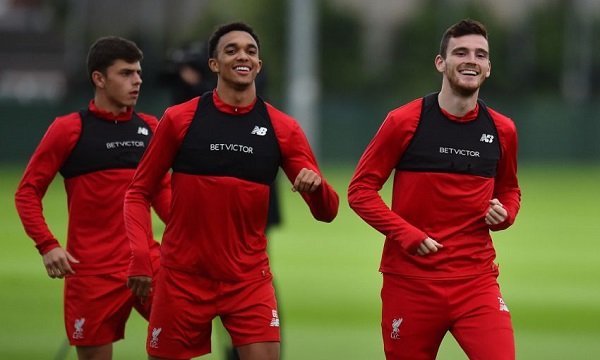 Liverpool’s winning run came to an end on Wednesday when two late goals saw Chelsea knock them out of the League Cup, but the Reds don’t have to wait too long to get revenge with a trip to Stamford Bridge on the cards for Saturday.

Jurgen Klopp’s side have picked up maximum points in the Premier League this season, going six for six with impressive wins over the likes of Leicester City and Tottenham Hotspur raising the eyebrows of supporters and pundits alike. The Blues have had a similar start to the campaign under new boss Maurizio Sarri, but a draw with West Ham United last weekend saw the West London outfit surrender vital points in the race for top-spot.

Both teams made sweeping changes on Wednesday, but not too many of the players that ran out midweek are likely to feature at the weekend as the the intensity gets cranked right up. It was shadow sides, playing shadow football in the League Cup, but come Saturday the punters will be checking the odds and taking advantage of this ladbrokes promo code as two of the best teams in Europe go head to head.

With that being said, there may be one or two familiar faces missing on either side of the park. Klopp has confirmed that both Trent Alexander-Arnold and Georginio Wijnaldum are in line to feature along with recalls for Roberto Firmino, Mohamed Salah and Alisson, but there’s a major concern in the heart of the defense with the gaffer unable to say whether or not Virgil van Dijk will be fit enough for the trip to the Bridge.

“Virgil, we have to wait. He didn’t train with the team so far but I can’t say anything more about that,” said the German manager. “Virgil is a world-class player, there is no doubt about that, and if you miss a world-class player it is not cool,” added the gaffer matter-of-factly. “His impact is always obvious, but we could play football before Virgil van Dijk and we can play without Virgil, thank God.”

Sarri, who will have the likes of match winner Eden Hazard, midfield destroyer N’Golo Kanté and ever present menace Olivier Giroud back in his starting eleven, faces a similar problem with defender Antonio Rudiger still feeling the effects of of a groin problem he picked up against the Hammers. Sitting this one out alongside the German will be Pedro and Ruben Loftus-Cheek — two players that could have been vital coming on from the bench later in the match.

Club captain Gary Cahill could very well keep his spot in the side with the Englishman putting in a good shift on Wednesday, but given the mobility of Liverpool’s front line, we may see David Luiz drafted in add some additional pace to their defense.

Regardless, it’s going to be an intense outing. Both managers are known for playing a high-velocity, high pressing style of football so there’ll be goals in this one for sure — hopefully, more of them for the men in Red.