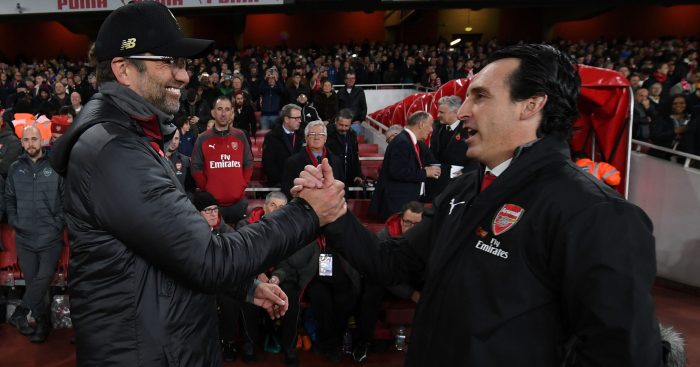 Liverpool returned to winning ways in the Premier League by beating Tottenham on Sunday. Now, the Reds will host another north London club in the form of Arsenal in the Carabao Cup tomorrow night.

The Gunners let slip a two goal lead against Palace at the weekend and have already lost at Anfield (3-1) earlier in the season so it’s no surprise sports betting sites have Liverpool priced as the 4/9 favourites to progress to the quarter-finals. Still, we can expect Jurgen Klopp to start a few youngsters so Arsenal at odds of 17/10 may be tempting for some Gunners’ fans

Van Dijk had a dead leg and Salah had an ankle concern after the Spurs game, so, the duo should be rested for the midweek league cup contest.

Joel Matip is out injured with a knee issue (Liverpool Echo), therefore, Gomez and Lovren could start in the central defense. In the goal, Adrian should return in place of Alisson.

Hoever scored against MK Dons and the youngster might get the nod to start vs Arsenal in the right back position. James Milner might start in the left back role. In the midfield, the likes of Lallana, Keita and Oxlade-Chamberlain should start.

As far as the attack is concerned, in form Sadio Mane should be retained in the starting XI. Young Elliott was impressive in the last round and he should get the nod to start on the right wing. Belgian international, Origi, should start in the center forward role.