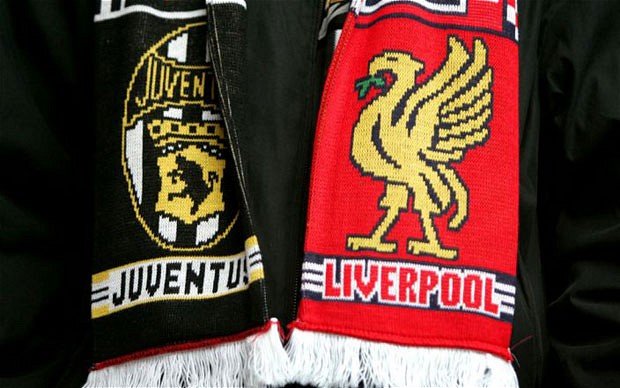 Editorial
May 30, 2013 Steven McMillan 0 Comments Heysel Stadium Disaster, Juventus, memorial
As the sun sets on the 28th anniversary of the Heysel Stadium disaster, it’s just as hard to find the right words today as it was the very first time I wrote about the 39 Juventus supporters who never made it home.

There are few clubs that know tragedy like Liverpool; calls for justice for 96 of our own have rung out loud and clear since that fateful day in Sheffield, yet the same can’t be said about the events of May 29, 1985 with the very subject taboo on a number of levels and continually shrouded in silence. It wasn’t until 2005 — when Liverpool met Juventus in the Champions League for the first time since the tragedy unfolded — that the club began to make strides towards mending fences. Like the outpouring of apologies from many media outlets after the truth about Hillsborough was finally revealed, in many instances, the actions of Liverpool football club was far too little and much too late.

Attempting to pass the buck is to dishonour the memory of those that lost their lives that day and the families they never returned to. Assertions that Juventus fans played no part in either provocation or participation in what was common terrace fare during the 80’s is nothing short of misinformation as the events leading up to the charge are usually glossed over to some extent; still, that’s no excuse.

Heysel has and will continue to be a prominent black mark in our history book — and not one that we should be shying away from. 27 arrests were made on suspicion of manslaughter and 26 charges were laid with 14 of them given prison terms in which they served an average of about a year behind bars. You can trumpet out the mitigating factors that lead to the collapse of the wall — the crumbling stadium, the over ticketing of the event, the lax segregation of fans, the police going missing — but that hardly detracts from the fact that Liverpool supporters played a starring role in this tragedy.

A special tribute has been installed in the Juventus Museum at the Bianconeri’s new stadium where the families of the victims are able to pay their respects — free of charge — to their loved ones who were lost on that day. Liverpool have also installed a memorial plaque in the Centenary Stand at Anfield which club managing director Ian Ayre laid a floral wreath at to mark the anniversary.

“The club has been blessed, in a sense, that so many people around the world have shown their respects to Liverpool Football Club around Hillsborough – and rightly so we do the same here for the tragedy at Heysel” said the Englishman. Though a wreath and a few words stand in stark contrast to the reverence shown to the Hillsborough Stadium Disaster, the mere fact that the club has begun to acknowledge and mark the anniversary is a step forward; even if it was kick started with self serving intents.