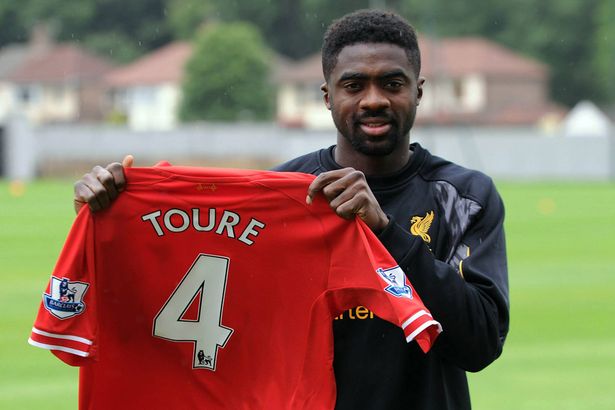 Editorial
July 26, 2013July 22, 2013 Steven McMillan 0 Comments Arsenal, Brendan Rodgers, competition, Kolo Toure, Luis Suarez, race for Champions League, videos
Replacing a legend like Jamie Carragher is next to impossible – it’s something you just don’t do. No one is just going to slot in and take over the vital role Carragher played in the side right away. The best possible scenario is finding someone competent to fill in while the search goes on for a new heir to the throne; with that being said, Kolo Toure has been ticking all the right boxes and then some.

After signing from Manchester City on a free transfer on July 1st, the Ivorian has been making all the right noises and looked impressive in each of Liverpool’s pre-season matches. The defender brings with him a wealth of experience to a side that’s being built on youth – something that will prove to be invaluable in the years to come. As Brendan Rodgers and company keep their eyes peeled for a promising, young defender to bring into the Anfield fold, Toure is ready to push the limits and become a Kop hero in his own regard.

It’s no mystery that Liverpool is shooting for a return to the Champions League; when the club dropped out of the lucrative tournament back in 2009, the absence of Europe’s elite club competition has been felt throughout every level of the Reds hierarchy and the echo effect has rung out loud and clear. Whether it’s been a decrease in revenue effecting wages on offer or a lack of prestigious fixtures discouraging targets from making a move to Merseyside, times have been tough for the Reds and a reversal in fortunes is exactly what’s needed – a point Toure was quick to re-iterate within only a few days of joining the club.

“To bring the club back to the Champions League would be amazing and that is what I am looking for” said the Ivorian international when asked what Liverpool’s aim for the season was. “I think with the squad we have got we can do very well this season. Liverpool has the history, quality, players and mentality” he continued. Many fans believe that the burden of Champions League qualification falls squarely on the shoulders of a few players and whether Luis Suarez – who carries one of the heaviest burdens – will be in the squad by the time the transfer window closes remains to be seen.

Liverpool has rejected a bid for the want-away Uruguayan, believed to be in the region of £30mil, from Arsenal – a team Toure knows very well. The big defender played a crucial role in the North London side’s unbeaten season and was a part of the Arsenal squad that won the FA Cup in 2005 – the last year the Gunners lifted a trophy. Although he may be doing little more than trumpeting the party line, Toure believes that Suarez doesn’t need to leave Liverpool to find success. “Luis Suarez does not need to leave to fulfill his ambitions,” he said and quickly went on to praise what he’s found on Merseyside since his switch from Manchester City. “This club is definitely prepared, the organization, the mentality of the players, it is amazing.”

Success is a team effort, but the only two players that the 32 year-old is going to have to worry about are Martin Skrtel and Daniel Agger with both serving as potential partners and rivals for his slot in the side. Although the signing of Toure has been seen by most as a stop-gap free transfer to fill in when needed, it’s hard to discount a player with such an impressive trophy haul that continues to churn out high quality performances. The Ivorian was one of the key factors in Manchester City salvaging a 2-2 draw at Anfield last year and the defender believes he can keep standards high. “I will do my best; I will fight and do everything to show that I am still a good player” he said when asked about fighting for a place in the squad and it’s hard to ask for much more.

Do you think Toure has what it takes to make an impact on Merseyside? Or is he a bit too old to run with the big boys? Let us know in the comments or find us on Facebook and Twitter.