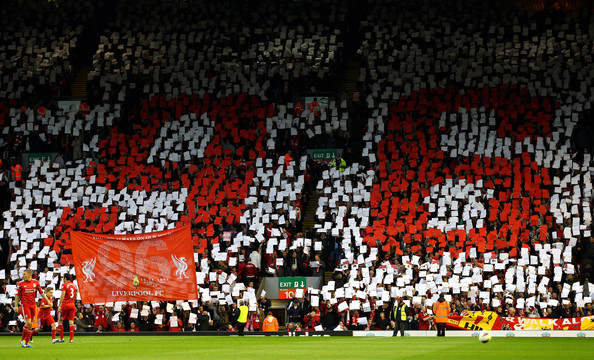 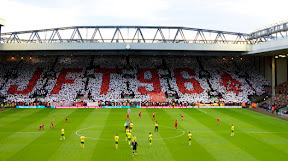 As investigations and evidence intensifies with regard to what went on during that fateful day- just consider this next statement….

The FA had stopped using Hillsborough as a semi-final venue in 1981 after a serious crush during a match between Tottenham Hotspur and Wolverhampton Wanderers. The stadium and its use as a venue were reinstated in 1987. Despite a series of modifications to the ground and to the terracing at the Leppings Lane end, no new safety certificates were issued.

Aside from being a mad Kopite, for my sins I’m also a practicing Health and Safety professional and have always felt that accountability could never simply sit with a certain Police force. We all now officially know about the lies and the deceit. But the systematic failings and consequential accountability- well that’s a different story altogether.

I was aghast when I heard that Hillsborough did not have an in-date Safety Certificate. This astonishing fact led me to the Safety of Sports Grounds Act 1975. The opening statement in section one states that the Secretary of State requires under the act for sports ground accommodation of more than 10,000 spectators to have a Safety Certificate.

The certificate seeking responsibility lays with the local authority – that being Sheffield Council. Section 10b clearly states that it shall be the duty of every local authority to enforce within their area the provisions of this act and of regulations made under it and for that purpose to arrange for the periodical inspection of designated sports grounds periodical meaning at least once in every twelve months. Sheffield Council therefore failed in its s statutory duty to ensure compliance to this legal requirement and in doing so, failed in its duty of care to every single person inside Hillsborough on that fateful day.

The FA had responsibilities too with regard to basic documentation checks that did not take place as to whether the stadium did/did not have a Safety Certificate. Just like Sheffield council, the FA failed in its duty of care to every person entering Hillsborough that day. The FA selected Hillsborough to host a game for them, whilst utterly failing to ascertain the stadium was fit and proper for use as accommodation for more than 10,000 spectators.

The Health and Safety at Work etc. Act 1974 which is a reserved piece of legislation makes it the prime responsibility of the event organizer- the FA (whether an individual, collective, or local authority) for protecting the health, safety, and welfare of everyone working at, and attending the event. The FA failed.

Hillsborough should never have been selected by the FA for an FA Cup tie, without proper documented safety checks in place, but it was. And the rest we all tragically know about. People have suffered, the city of Liverpool has suffered, and our football club has suffered, because of a catalogue of incompetence started by somebody at our very own Football Association not asking a simple question, not carrying out a simple check. Those person/persons should without any question of doubt face the consequences of that incompetence.

The day of reckoning is coming, and when it does, I for one will raise and glass for the 96 people who simply went to a football match and never came home.