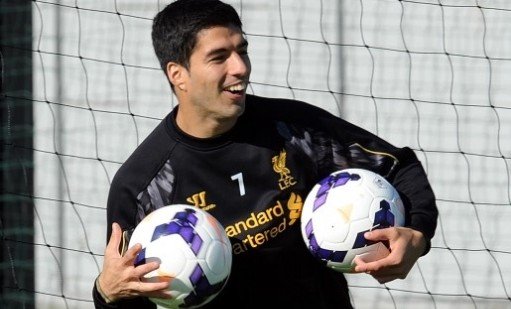 Match Preview Premier League
September 28, 2013September 28, 2013 Steven McMillan 0 Comments Emanuele Giaccherini, Fabio Borini, Jordan Henderson, Kevin Ball, liverpool fc, Luis Suarez, Paolo di Canio, Simon Mignolet, Sunderland
When you’re two points off the top of the league and just suffered your first defeat in a run of 13 matches, it feels a bit odd to say that Liverpool will be looking to get their campaign back on track when they visit dead last Sunderland on Sunday.

The Black Cats, who sacked manager Paolo di Canio following a 3-0 nil thrashing at the hands of West Bromwich Albion last Saturday, remain firmly rooted at the bottom of the Premier League table as the only club without a win this season – something that was becoming habit on Wearside. The controversial Italian won only three of the thirteen matches he was in charge for at the Stadium of Light; couple that with growing rift with his players and it was little surprise that the supposedly reformed fascist was shown the door.

Liverpool, in contrast, tasted defeat for the first time this season when Southampton ran out deserved winners in a 1-0 win at Anfield last Saturday. While the season opened with such promise, Brendan Rodgers men are now winless in three outings after sandwiching the loss to the Saints between a draw with Swansea City and crashing out of the Capital One Cup to Manchester United on Wednesday. It’s not quite time to push the panic button on Merseyside, but if the Reds are going to achieve Rodgers target of being in the top six when the New Year rolls around, they’re going to have to start the point train rolling again; they’ll have few better opportunities then against the struggling Black Cats.

Kevin Ball – in his second spell as caretaker manager at Sunderland – restored a sense of stability to the free falling club after guiding them to a 2-0 win against Peterborough in the Capital One Cup on Tuesday, but the it goes without saying that the Merseysiders will offer his side a much sterner test. Former captain Lee Cattermole, Sebastian Larson and Carlos Cuellar were all called back into the side for the League Cup win after being frozen out under the Di Canio regime and each of them could feature this weekend, though the Black Cats will be without striker Steven Fletcher after they confirmed he’d be out for six weeks after dislocating his shoulder in the Baggies defeat.

Liverpool striker Fabio Borini, who was loaned to the Wearside outfit on transfer deadline day, is ineligible to play against his parent club, but we could see a familiar face on the opposite side of the field in the form of Liverpool old boy Andrea Dossena after the fullback recovered from a thigh injury. While it’s unlikely Dossena will be lighting up the league, another Italian — Emanuele Giaccherini – signed from Juventus for a paltry £6mil, could be one to look out for if the talented attacking midfielder can start to find his bearings in England.

The Reds, who are unbeaten in their last six league games away from Anfield, will arrive at the Stadium of Light with two former Black Cats in tow on Sunday with Jordan Henderson and Simon Mignolet both expected to feature. The Belgian ‘keeper, signed from Sunderland for £9mil during the summer, has been the busiest shot-stopper in the Premier League this season with 25 saves – and three clean sheets – to his name already. Even without Daniel Agger, who’s going to be a late fitness call on Sunday, Mignolet may be in for a quiet afternoon; Sunderland failed to put a shot on target during their 3-0 loss to West Brom last weekend. Mamadou Sakho and Martin Skrtel are expected to retain their places in front of the Belgian if Agger isn’t passed fit while Jose Enrique and Kolo Toure will likely also feature.

Although the fitness of both Steven Gerrard and Lucas have been called into question after the pair were accused of shutting down during the second half of the loss against Southampton, they’ll be expected to join Jordan Henderson in Liverpool’s midfield. Luis Suarez is expected to make his first Premier League appearance since being banned for ten matches following his biting incident with Chelsea defender Branislav Ivanovic last season, Victor Moses will likely keep his spot following the loss to Manchester United and Daniel Sturridge, despite not being fully fit, is sure to start as well after Rodgers said that there was “no taking him out”. This is where I would beg to differ.

Sturridge, who scored in all three of the Reds opening league fixtures, has played a pivotal role since arriving in January and helped fill the void left by Suarez during his most recent lengthy ban; does that mean he should play every minute of every match when he’s clearly unfit? Both Iago Aspas and Raheem Sterling — who impressed in this fixture last year — are fit and able to play in the free-flowing front three that Rodgers has favored during the opening matches of the campaign, so why risk further aggravating an injury that he’s obviously having a hard time shaking? Aspas, signed from Celta Vigo and handed the Number Nine shirt following the departure of Andy Carroll this summer, has experienced a slow start to the campaign, but being shunted out in an unfamiliar position without a run of games has hardly helped him adapt to life in the league or within the confines of a new, unfamiliar system.

With Suarez back in the fold, Liverpool has the kind of fire-power up top that can take the game to Sunderland and giving Aspas a crack alongside him at a team that hasn’t kept a clean sheet in their last nine Premier League games could do wonders for his confidence; who knows, maybe he can find us the elusive second half goal we’ve been unable to find all season?